Weather Situation: Severe thunderstorms were detected on RADAR and satellite imagery in the northwest moving southeast into central Queensland. Deep tropical moisture and strong winds are being drawn into central Queensland as ex-tropical cyclone Esther approaches the southwest of the state.
Severe thunderstorms are likely to produce damaging winds in the warning area over the next several hours. Locations which may be affected include Longreach, Winton, Mount Isa, Cloncurry, Richmond and Julia Creek. 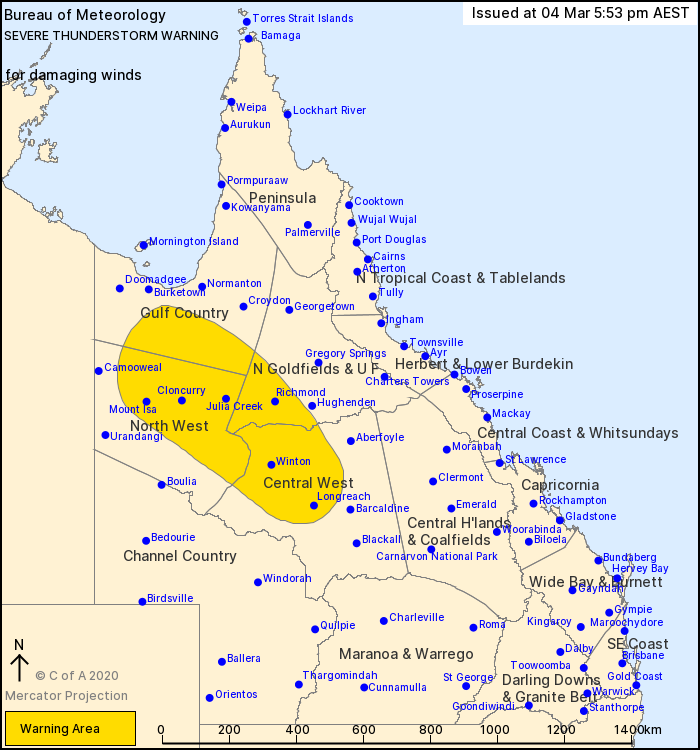