For people in Channel Country and parts of Central West and Maranoa and Warrego Forecast Districts.

Severe thunderstorms expected across the southwest of the state.

Weather Situation: A vigorous upper trough moving across central Australia is causing severe thunderstorms across the southwest of the state.

Severe thunderstorms are likely to produce damaging winds in the warning area over the next several hours. Locations which may be affected include Thargomindah, Birdsville, Quilpie, Windorah, Bedourie and Ballera. 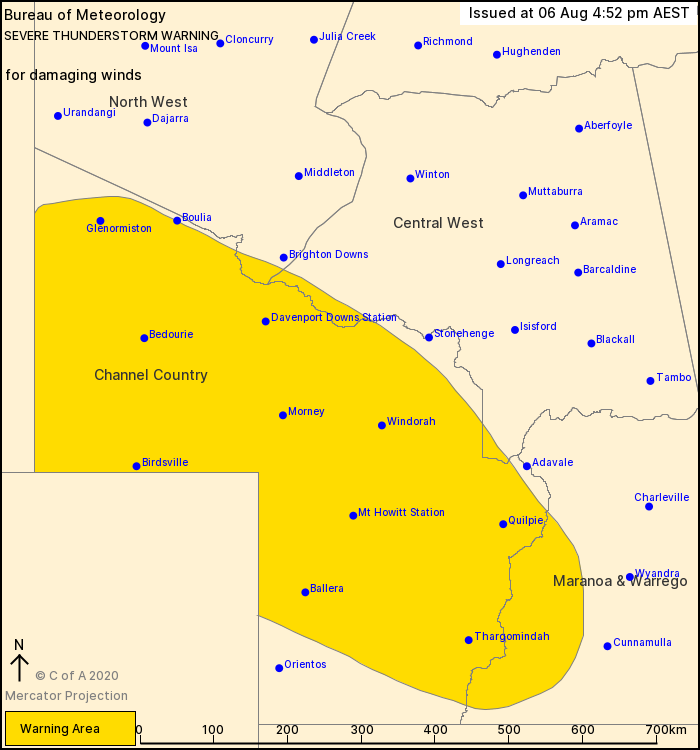