For people in Central Highlands and Coalfields and parts of Northern Goldfields and Upper Flinders, Herbert and Lower Burdekin, Central Coast and Whitsundays, Central West, Capricornia and Wide Bay and Burnett Forecast Districts.

Weather Situation: Thunderstorms are triggering to the east of a trough and dry-line this afternoon. A humid easterly change moving inland is expected to increase thunderstorm activity this evening in central eastern parts of the state.

Severe thunderstorms are likely to produce damaging winds and heavy rainfall that may lead to flash flooding in the warning area over the next several hours. Locations which may be affected include Clermont, Proserpine, Moranbah, Collinsville, Springsure and Carnarvon National Park.

A wind gust to 102km/h was recorded at Proserpine Airport at 2:10pm.

Saddler Springs recorded 61mm of rainfall in the 90 minutes to 1:00pm. 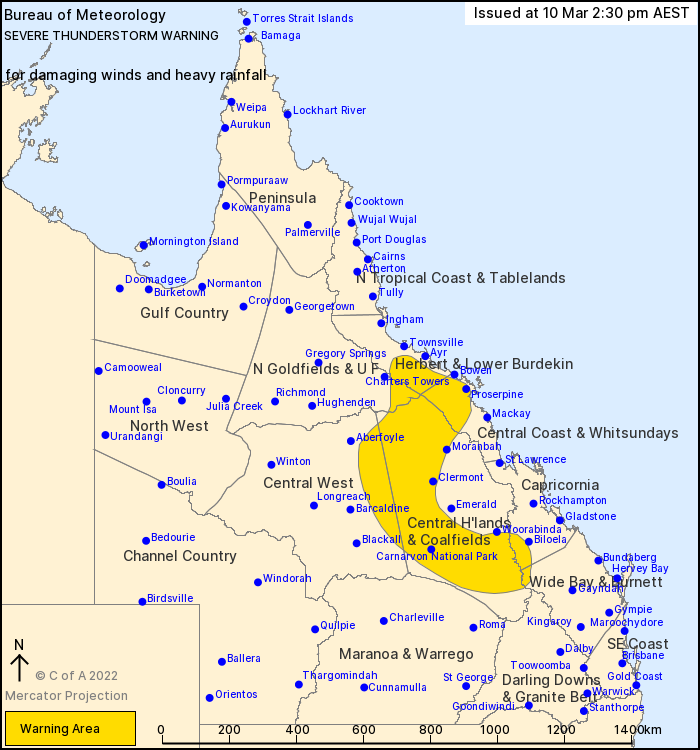