For people in North Tropical Coast and Tablelands and parts of Peninsula, Northern Goldfields and Upper Flinders and Herbert and Lower Burdekin Forecast Districts.

Severe thunderstorms are likely to produce heavy rainfall that may lead to flash flooding in the warning area over the next several hours. Locations which may be affected include Charters Towers, Hughenden, Mareeba, Pentland, Palmerville, Atherton, Ravenshoe, Gregory Springs, Abergowrie, Chillagoe, Julatten and Mount Garnet.

Severe thunderstorms are no longer occurring in the Central West district and the warning for this district is CANCELLED.

71mm of rainfall recorded in the past hour near Koombooloomba (south of Ravenshoe). 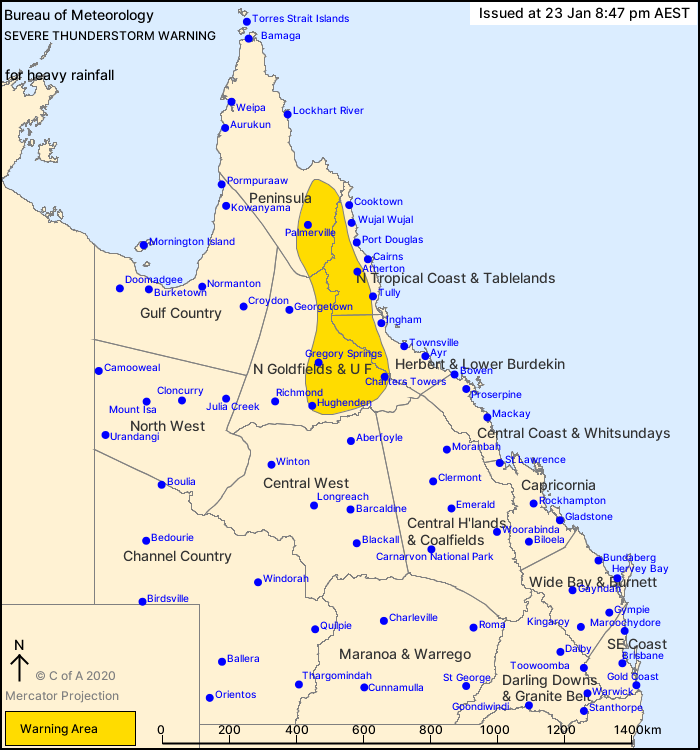