Severe thunderstorms are no longer occurring in the Peninsula, North Tropical Coast and Tablelands, Northern Goldfields and Upper Flinders and Darling Downs and Granite Belt districts and the warning for these districts is CANCELLED. The situation will continue to be monitored and further warnings will be issued if necessary.

130mm was recorded in the three hours to 3:45am at Upper Retreat Creek (west of Emerald) 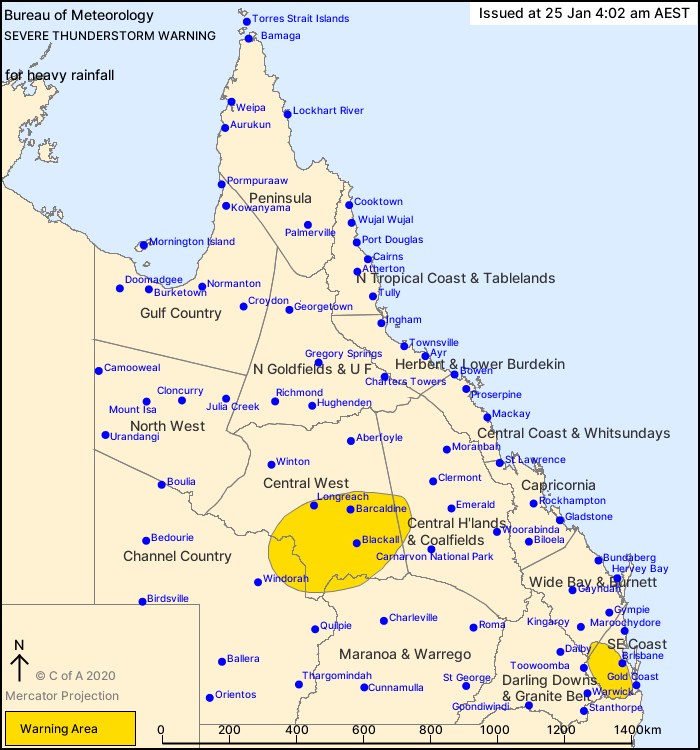