For people in Channel Country and parts of North West, Central West and Maranoa and Warrego Forecast Districts.

Severe thunderstorms expected across the southwest of the state.

Weather Situation: A vigorous upper trough moving across central Australia is causing severe thunderstorms across the southwest of the state. 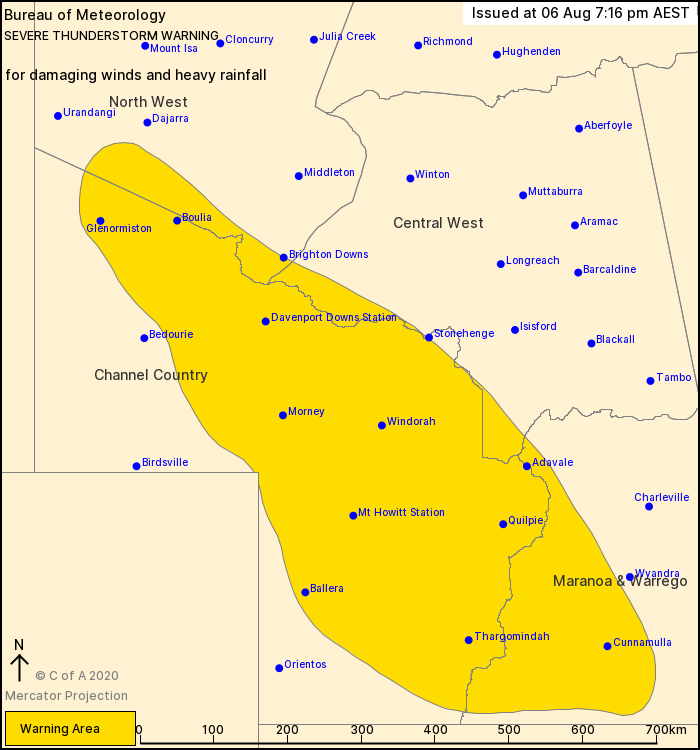