For people in parts of Central West, Channel Country and Maranoa and Warrego Forecast Districts.

Severe thunderstorms expected across the southwest and central parts of the state.

Severe thunderstorms are no longer occurring in the North West district and the warning for this district is CANCELLED. 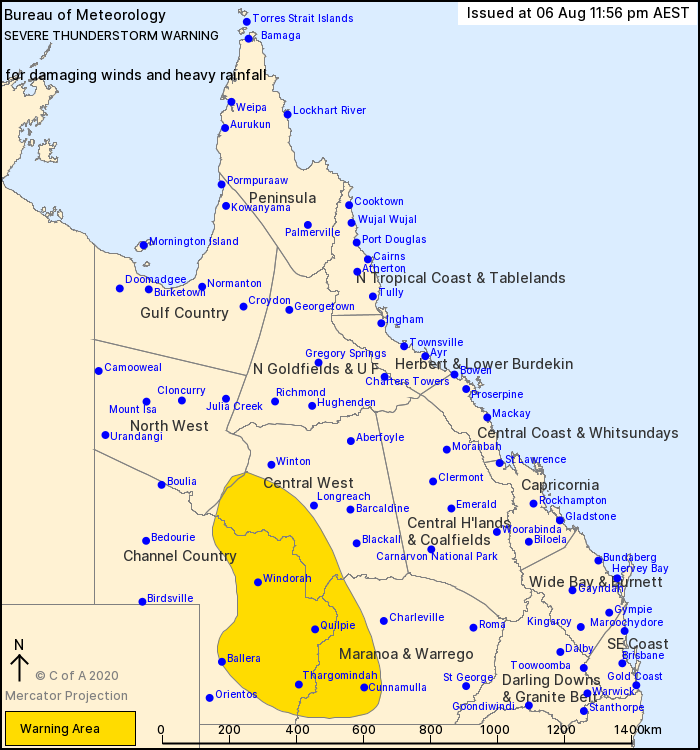