For people in parts of Herbert and Lower Burdekin Forecast District.

Heavy falls developing along parts of the coast in the Herbert and Lower Burdekin district, including Magnetic Island.

Weather Situation: A local area of converging winds about the Herbert and Lower Burdekin district is resulting in increased shower and thunderstorm activity with locally heavier falls developing.

Severe thunderstorms are likely to produce heavy rainfall that may lead to flash flooding in the warning area over the next several hours. Locations which may be affected include Townsville. 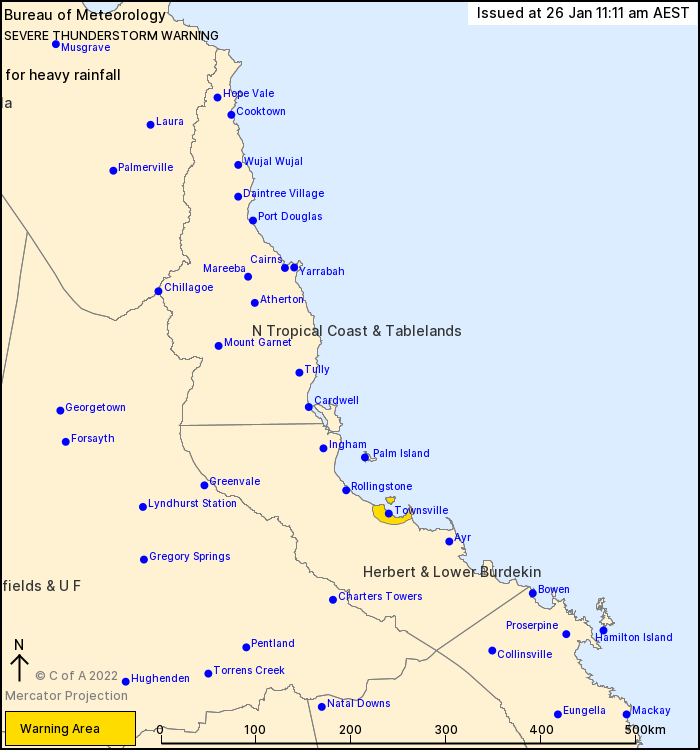