Issued at 7:28 pm Wednesday, 2 February 2022.
Severe thunderstorms are occurring over parts of the state.

Weather Situation: A very humid and unstable airmass sits over the majority of the state, with high levels of moisture extending deep into the upper atmosphere ahead of a trough of low pressure moving across the southwest. Thunderstorms are expected to be relatively slow-moving, and persist into the evening.

Severe thunderstorms are likely to produce heavy rainfall that may lead to flash flooding in the warning area over the next several hours. Locations which may be affected include Warwick, Gold Coast, Toowoomba, Brisbane, Dalby, Maroochydore, Roma, Charleville, Gympie, Charters Towers, Georgetown, Kingaroy, Stanthorpe, Coolangatta and Ipswich.
Severe thunderstorms are no longer occurring in the North West district and the warning for this district is CANCELLED. 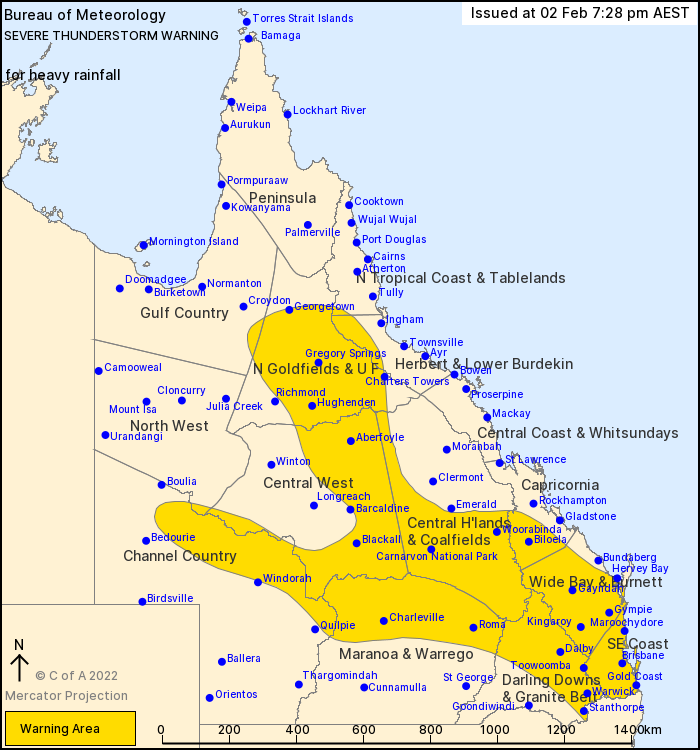