For people in parts of Central Highlands and Coalfields and Darling Downs and Granite Belt Forecast Districts.

Weather Situation: A near stationary trough lies over the centre of the state into the southeast inland. Increasing northeasterly low level flow will feed moisture into the trough and sustain slow moving thunderstorm clusters capable of producing very heavy rainfall over the next few hours.

Severe thunderstorms are likely to produce heavy rainfall that may lead to flash flooding in the warning area over the next several hours. Locations which may be affected include Taroom, Rolleston, Springsure, Mantuan Downs and Carnarvon National Park.

Upper Dogwood Creek recorded 71 mm in the past 2 hours. 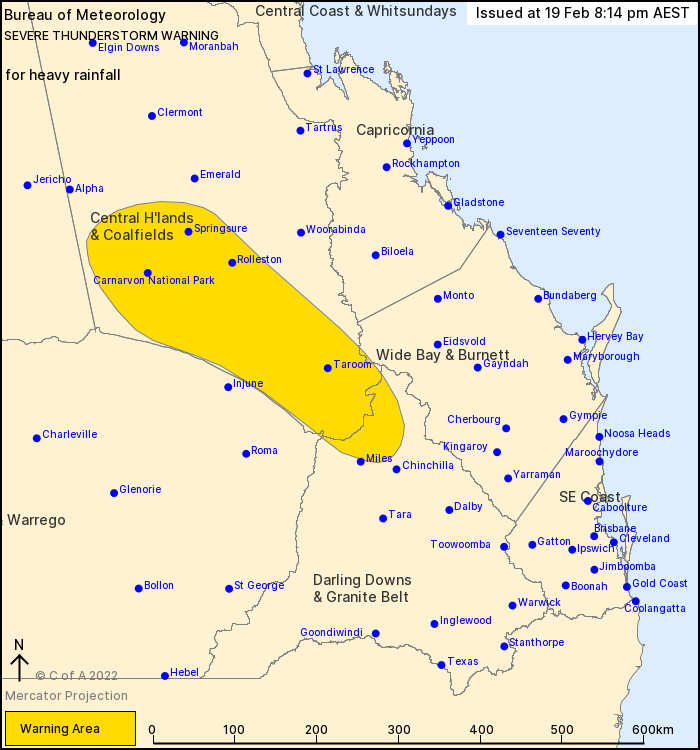