For people in parts of North Tropical Coast and Tablelands, Northern Goldfields and Upper Flinders and Herbert and Lower Burdekin Forecast Districts.

Bands of heavy showers and storms may produce localised heavy falls over the Upper Flinders and along the northeast tropical coast.

Weather Situation: An inland trough over the Northern Goldfields and Upper Flinders, and a separate coastal trough may produce localised heavy rainfall. At this stage, no severe thresholds have been reached but this may change over the next few hours.

Severe thunderstorms are likely to produce heavy rainfall that may lead to flash flooding in the warning area over the next several hours. Locations which may be affected include Georgetown, Port Douglas, Hughenden, Mossman, Forsayth, Lyndhurst Station and Gregory Springs.

Woolshed well-west of Townsville has recorded 141 mm since 9am to 11pm. 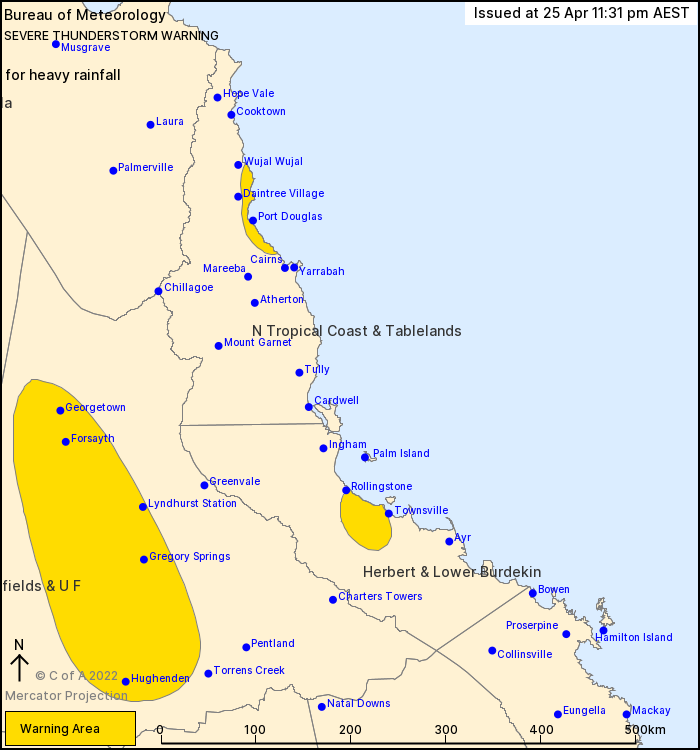