For people in parts of Central Highlands and Coalfields and Maranoa and Warrego Forecast Districts.

Heavy rainfall developing in the interior.

An upper trough is combining with a moist airmass east of a surface trough to produce extensive areas of rainfall with embedded thunderstorms in the Queensland interior today. An broad area of rain has developed west of Roma, and is expected to move to the south towards St. George over the next several hours. Thunderstorms are becoming more active in parts of the Central Highland and Coalfields District, with heavy rainfall possible over the next few hours.

Severe thunderstorms are likely to produce heavy rainfall that may lead to flash flooding in the warning area over the next several hours. Locations which may be affected include Roma, St George, Blackwater, Mitchell, Rolleston and Injune. 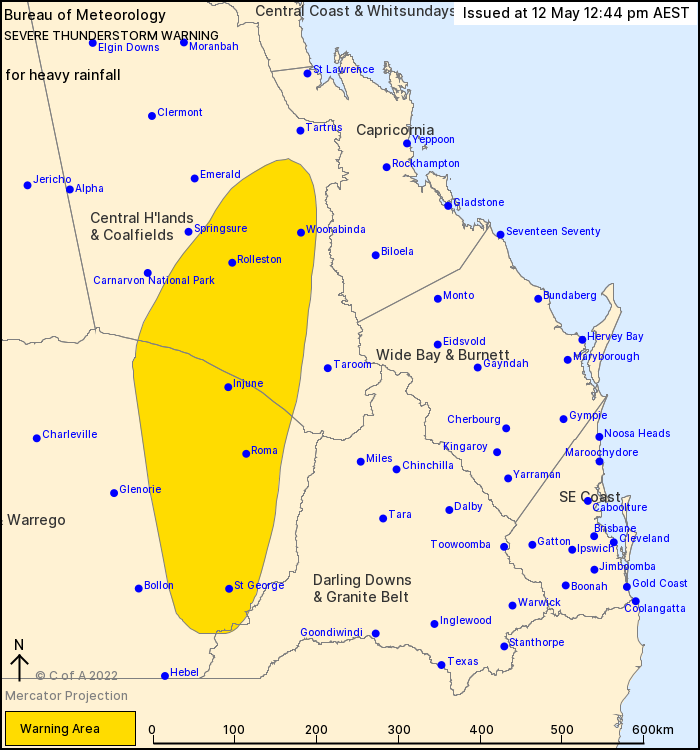