For people in parts of Central Highlands and Coalfields, Capricornia, Wide Bay and Burnett, Maranoa and Warrego and Darling Downs and Granite Belt Forecast Districts.

Heavy rainfall occurring with a rain band over the southeast.

Weather Situation: An upper low moving into southeast Queensland is resulting in an extensive cloud band and persistent heavy rainfall.

Severe thunderstorms are likely to produce heavy rainfall that may lead to flash flooding in the warning area over the next several hours. Locations which may be affected include Taroom, Theodore, Moura, Miles, Surat and Tara.

A separate Severe Weather Warning for the southeast and Flood Warnings and a Flood Watch are current for the area. See http://www.bom.gov.au/qld/warnings for details. 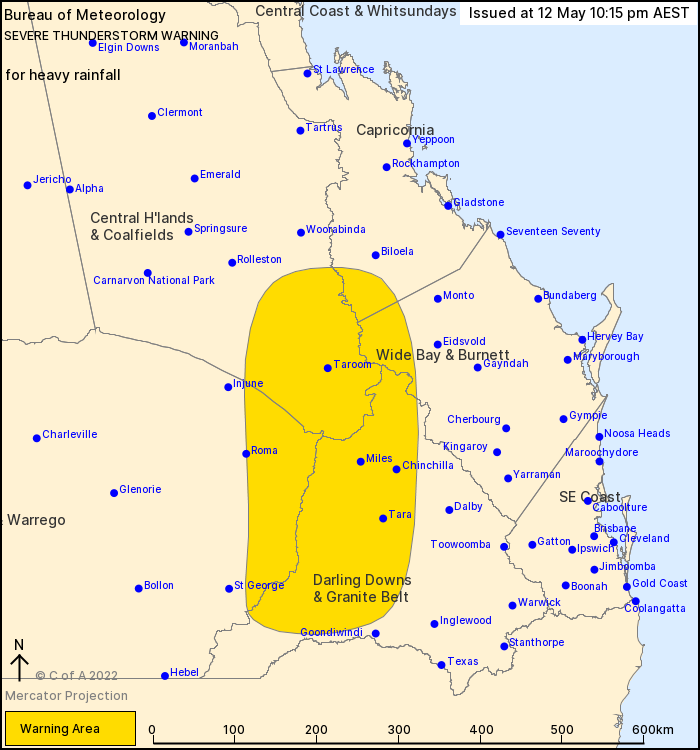