For people in parts of Wide Bay and Burnett and Southeast Coast Forecast Districts.

Weather Situation: A strong upper low is combining with a deep surface trough over the eastern Wide Bay and Burnett and Southeast Coast.

Severe thunderstorms are likely to produce intense rainfall that may lead to dangerous and life-threatening flash flooding in the warning area over the next several hours. Locations which may be affected include Noosa Heads, Cooroy, Nambour and Rainbow Beach. 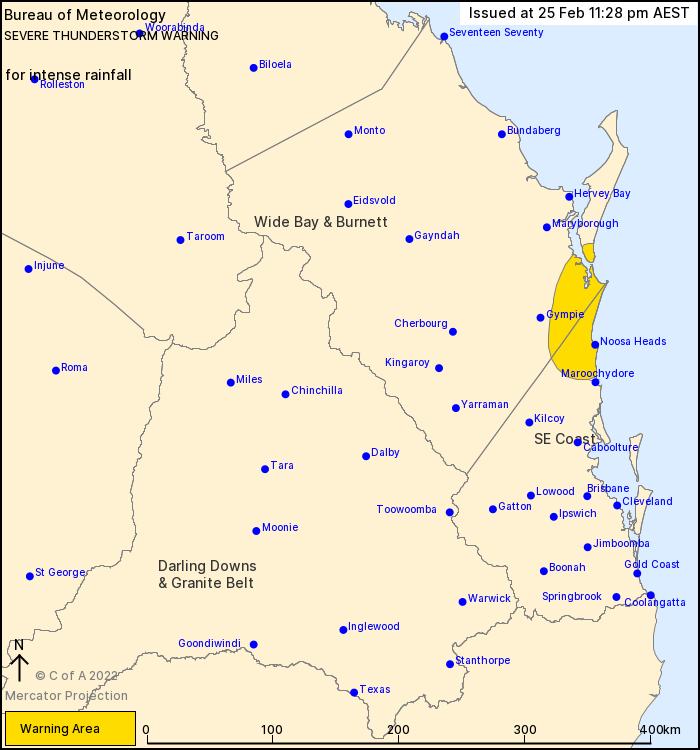