For people in parts of Gulf Country Forecast District.

Heavy rain, which may lead to flash flooding, is expected to develop about the Gulf Country later today or overnight tonight, and continue on Tuesday. 6-hourly rainfall totals of 100 to 200mm are likely, and locally heavier falls are possible with thunderstorms.

Flood Watches and Warnings are current for various areas in north Queensland - please refer to http://www.bom.gov.au/qld/warnings/

Locations which may be affected include Burketown, Mornington Island, Normanton and Karumba.

Broad scale heavy rainfall is no longer likely in the Northern Goldfields and Upper Flinders, Herbert and Lower Burdekin, Central Highlands and Coalfields, and Central West districts. However, localised heavy rainfall may still occur in these districts with thunderstorms. Severe Thunderstorm Warnings will be issued should these conditions develop. 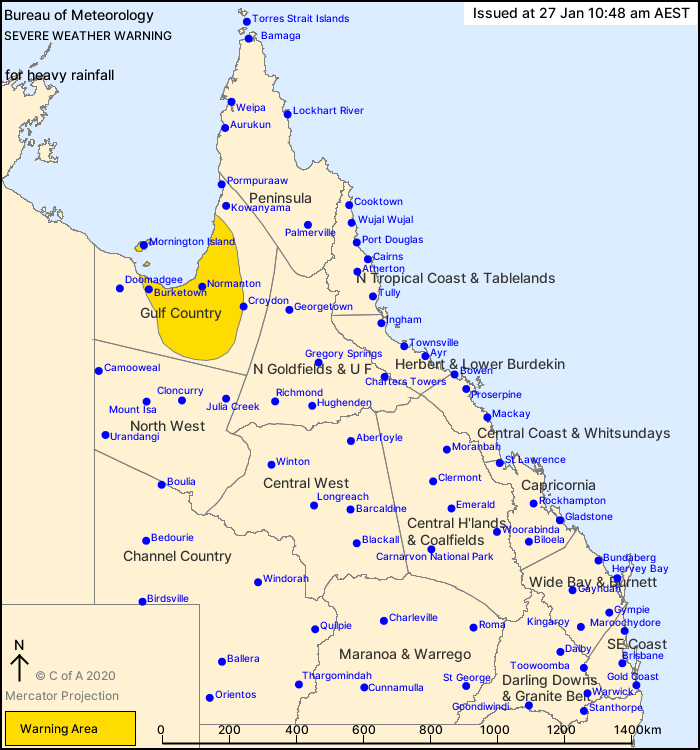