For people in parts of Channel Country and Maranoa and Warrego Forecast Districts.

Severe thunderstorms and heavy rainfall in the south west.

Weather Situation: A trough extends from a low embedded in the monsoon trough over northern WA southwards into northern SA and southwestern Qld. Convergence in an environment with significant tropical moisture will lead to widespread heavy and rainfall.

HEAVY RAINFALL which may lead to flash flooding is forecast for the south west of the state from late Tuesday evening, persisting throughout Wednesday.

Isolated 24 hour rainfall totals in excess of 150mm are possible.

Severe thunderstorms with heavy rainfall are also possible in the warning area.

Locations which may be affected include Thargomindah, Quilpie, Eromanga, Mt Howitt Station, Orientos and Ballera. 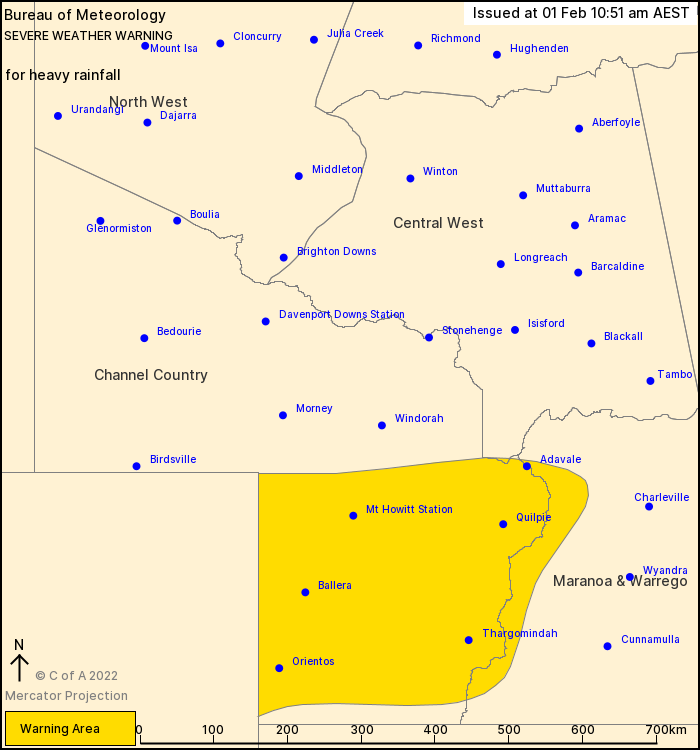