Weather Situation
Hot to very hot and very dry conditions, with relative humidity down to less than 10%. Becoming windy as a southwest to southerly wind change pushes inland during the afternoon and early evening.

The Country Fire Service advises you to:

Action your Bushfire Survival Plan now.
Monitor the fire and weather situation through your local radio station, www.cfs.sa.gov.au, and www.bom.gov.au.
Call 000 (Triple Zero) in an emergency.
For information on preparing for bushfires go to www.cfs.sa.gov.au. 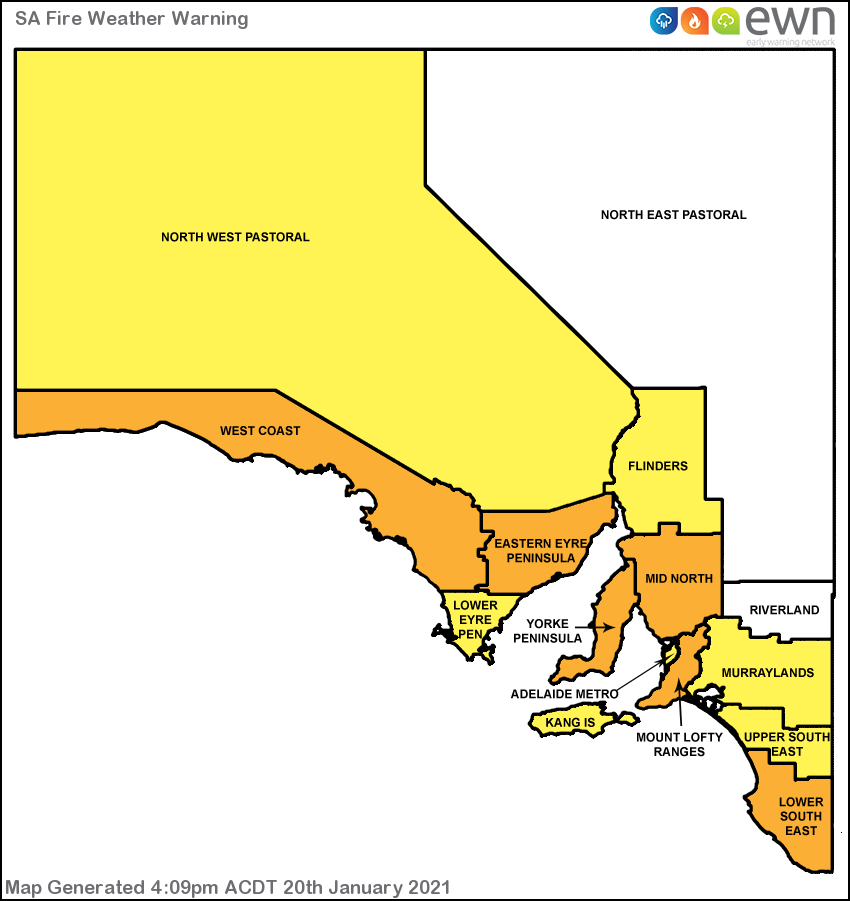