Increased showers and thunderstorms are possible across the Pastoral and Flinders districts from Monday through to Wednesday.

SA catchments, including those of the North West and North East Pastoral Districts have received significant rainfall this month and flooding impacts are being experienced across large parts of the State.

In the 24 hours to 9:00 am Monday, rainfall totals up to 63 mm (Todmorden) have been recorded across the flood watch area.

Rainfall totals until midnight Wednesday are expected to be generally 10 to 50 mm over the pastoral and Flinders districts, increasing to 50 to 150 mm over the central parts of the pastoral districts. Isolated higher falls of 150 to 250 mm with intense thunderstorms are also possible.

Increased water ponding and overland flow together with rises in local streams and creeks can be expected. Transport routes may be further impacted affecting community access and travel.

Catchments which may be affected include:

A generalised flood warning is current for the Cooper Creek. 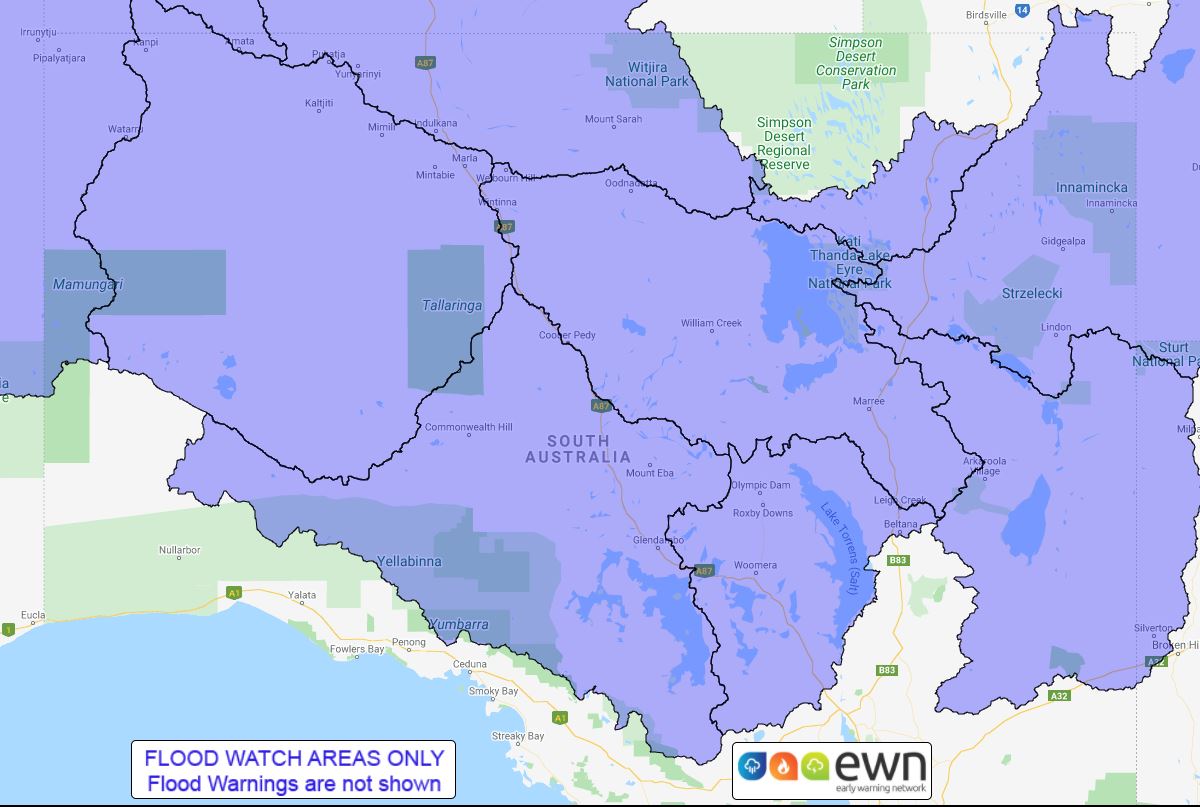