FLOOD IMPACTS ARE POSSIBLE FROM LATE MONDAY INTO TUESDAY

An upper level trough will move across South Australia during Monday and Tuesday, causing heavy to very heavy rainfall and thunderstorms over Flinders and parts of North West Pastoral and North East Pastoral districts from late Monday.

Rainfall may cause ponding and overland flows, together with rises in local creeks. Roads may be impacted, leading to disruption to travel and transport.

A Severe Weather Warning has been issued for heavy rainfall for Flinders and parts of North West Pastoral and North East Pastoral districts. 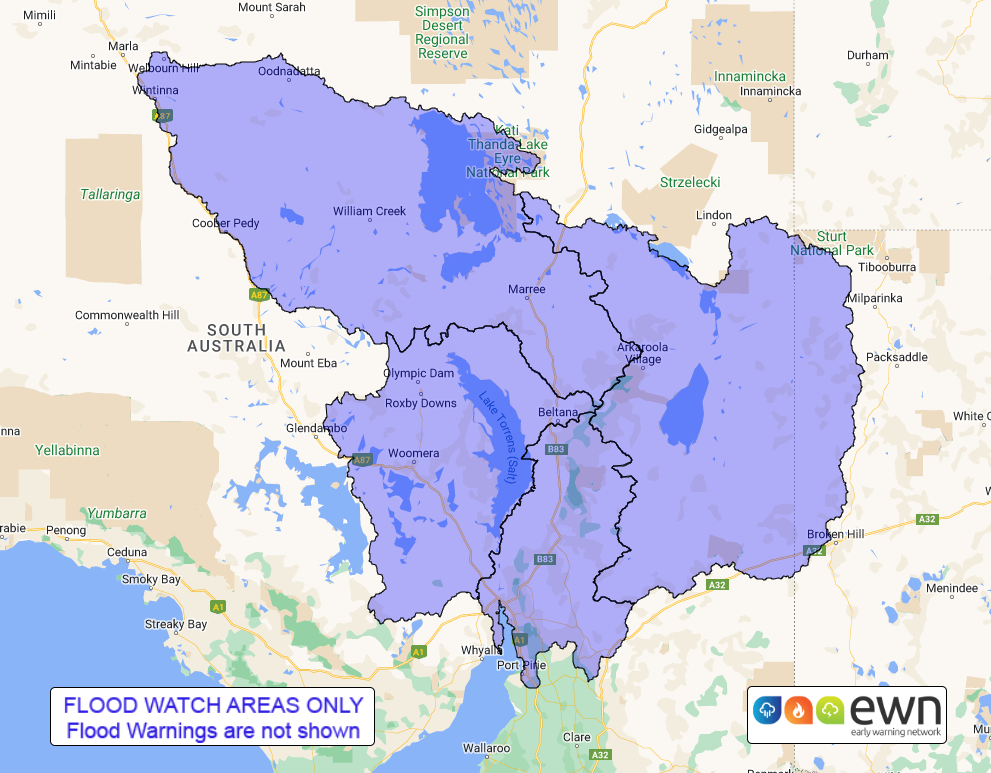