RAINFALL MAY LEAD TO FLOODING OF LOCAL CREEKS DURING FRIDAY AND SATURDAY.

A low pressure system is moving across South Australia during Thursday and Friday bringing showers and thunderstorms to parts of South Australia. Districts of higher rainfall include: the Eastern Eyre Peninsula, northern Yorke Peninsula, Flinders Ranges, Mid North, Riverland and southern parts of the North West and North East Pastorals.

Rainfall totals of 20 to 60 mm are expected during Friday, with possible localised falls up to 100 mm.

From Friday into Saturday areas of significant ponding of water and overland flow can be expected from rainfall leading to rapid rises in local creeks and flooding.

Catchments likely to be affected include (see link below): 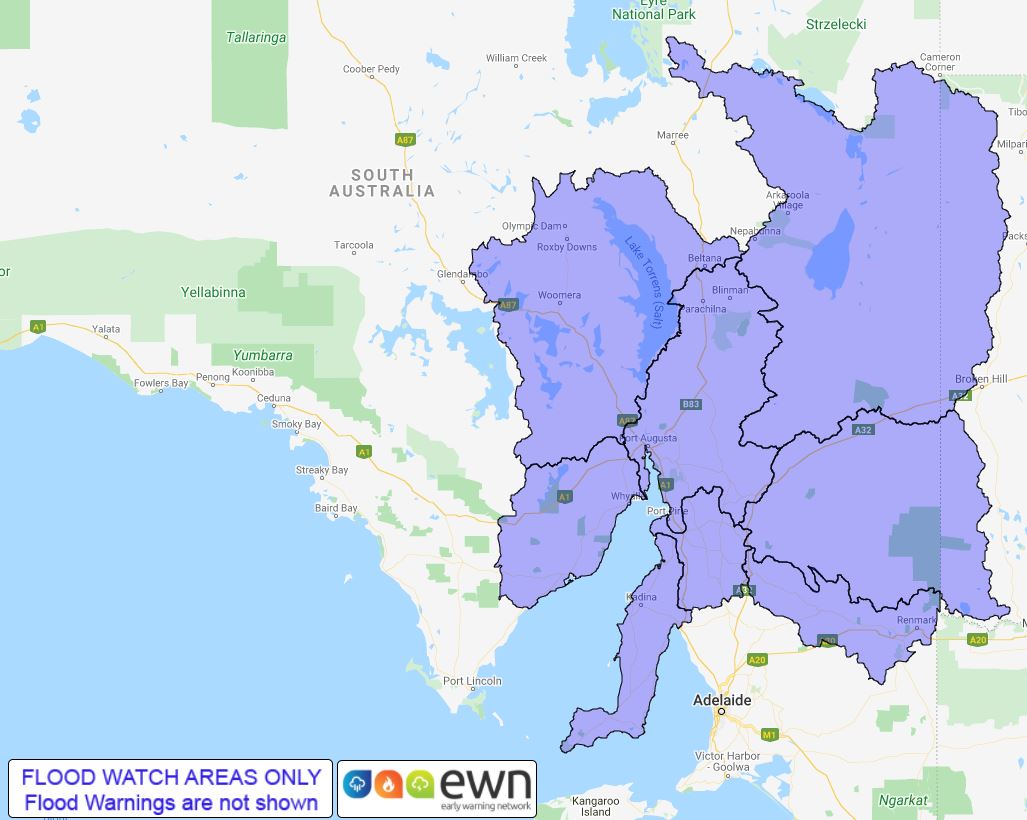