Some flooding is expected across northern and eastern South Australia during Saturday.

High levels of tropical moisture have moved from central northern through to southeast South Australia. This has resulted in rain and thunderstorms in these areas, which will continue today, but will gradually contract eastwards.

In the last 24 hours, rainfall totals of 40 -60 mm have been recorded across the Mt Lofty ranges. The highest amount of rainfall (67 mm) recorded at Coober Pedy and Port Augusta.

Rainfall totals in parts of northern and eastern catchments of South Australia are expected to be 20 to 60 mm during Saturday. Isolated falls up to 100mm are also possible with thunderstorms.

Within the rain band there will be areas of heavy falls which may cause some flooding during Saturday. Roads and crossings may be affected and some streams and creeks could break their banks.

Catchments likely to be affected include:
Flinders Ranges Rivers and Creeks

This Flood Watch means that people living or working along rivers and streams should monitor the latest weather forecasts and warnings and be ready to move to higher ground should flooding develop. 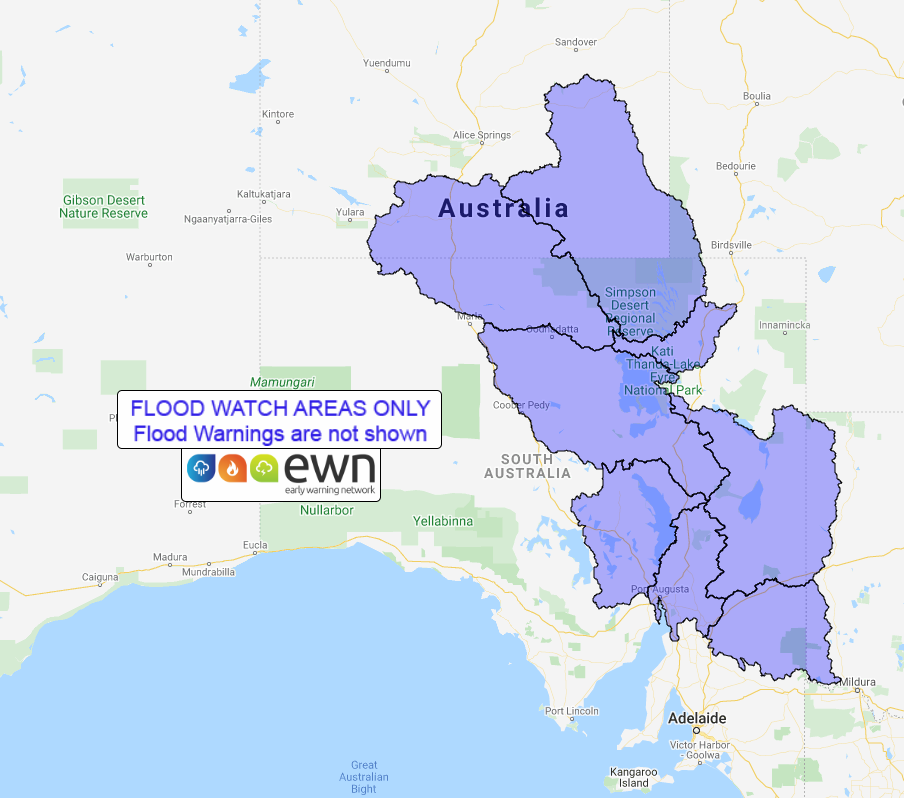