Issued at 7:20 pm Monday, 30 December 2019.
Thunderstorms with damaging winds ahead and near a strong change.

Severe thunderstorms are likely to produce damaging wind gusts in excess of 90 km/h in the warning area over the next several hours. Locations which may be affected include Marla, Coober Pedy, Roxby Downs, Leigh Creek and Hawker.
Severe thunderstorms are no longer occurring in the Mount Lofty Ranges, Eastern Eyre Peninsula, Yorke Peninsula and the Murraylands districts and the warning for these districts is CANCELLED.

Thunderstorms this afternoon produced wind gusts to 93 km/h at Renmark and 95 km/h at Cultana, near Whyalla. 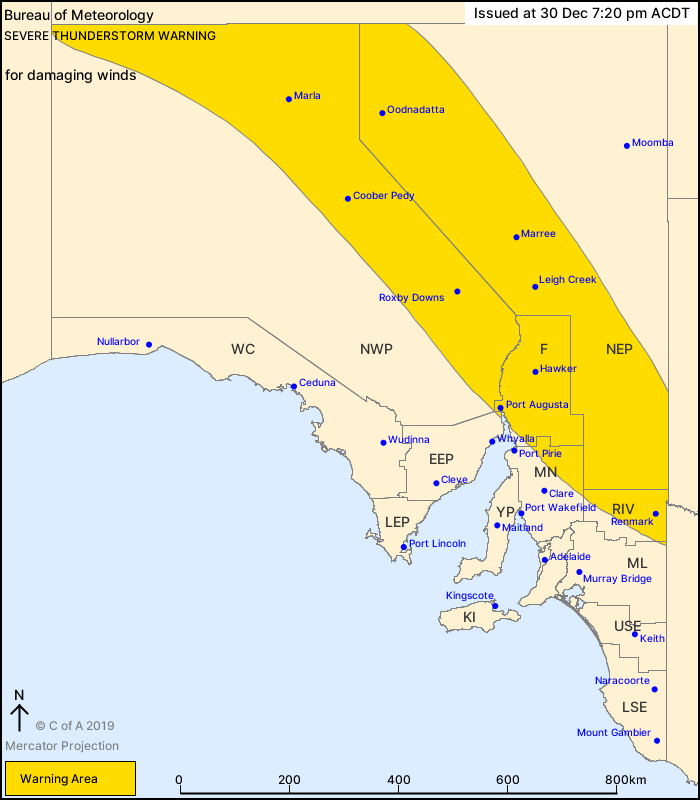