Severe thunderstorms may produce damaging wind gusts in excess of 90 km/h in the warning area over the next several hours. Locations which may be affected include Port Lincoln, Whyalla, Ceduna, Port Augusta, Kingscote, Marla, Coober Pedy, Roxby Downs and Woomera. 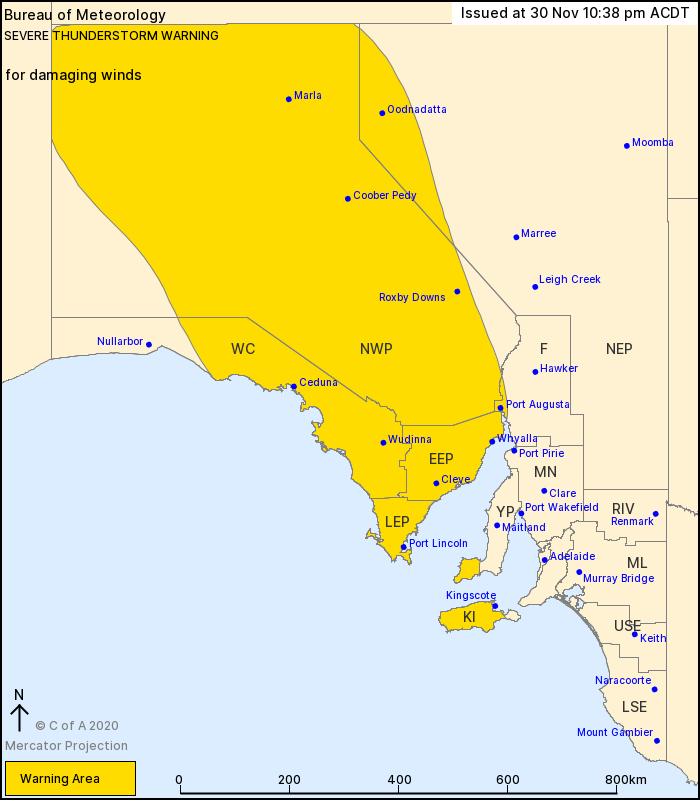