For people in North East Pastoral and parts of North West Pastoral districts.

Weather Situation: Thunderstorms in the north of SA associated with a low pressure trough which is moving slowly eastwards.
Severe thunderstorms are likely to produce damaging wind gusts in excess of 90 km/h in the warning area over the next several hours. Locations which may be affected include Marla, Coober Pedy, Leigh Creek, Moomba, Oodnadatta and Marree.

At 7:20 pm CDST a wind gust of 91 km/h associated with a thunderstorm was reported at Coober Pedy. 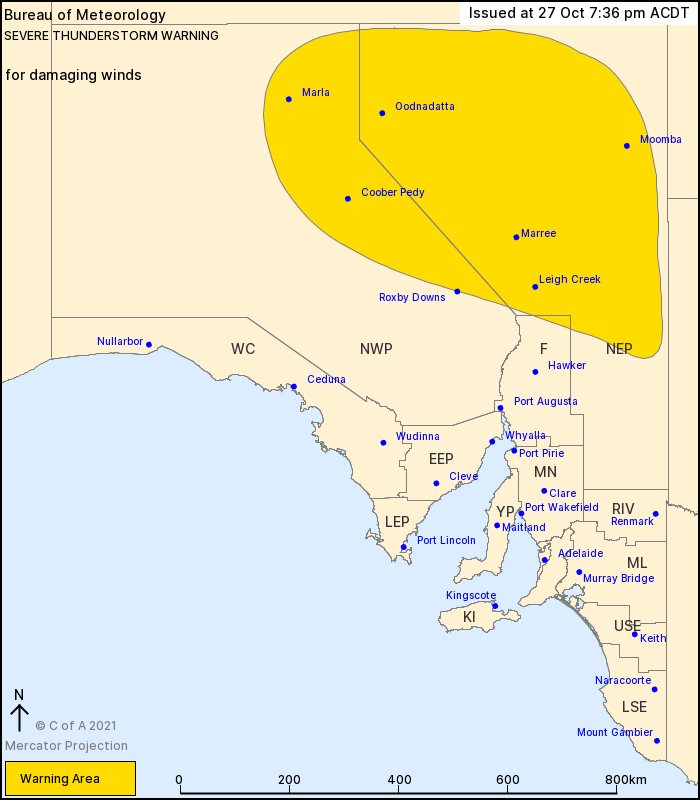