Severe thunderstorms embedded in a broad area of rainfall over the State may produce damaging winds and heavy rainfall that may lead to flash flooding in the warning area over the next several hours. Locations which may be affected include Coober Pedy, Whyalla, Port Augusta, Clare, Renmark, Roxby Downs, Hawker, and Leigh Creek.

Note a Flood Watch is also current. Rainfall totals are expected to be in the range 10 to 60 mm with isolated falls up to 100 mm.

Notable observations from this system include : 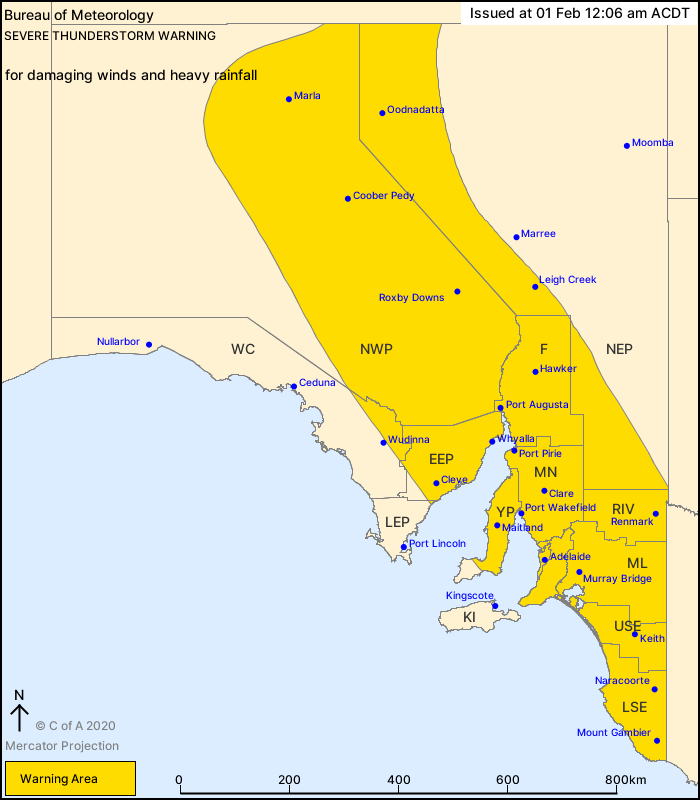