Weather Situation: A humid east to northeast flow is combining with an upper trough to produce a cloud band across the central parts of South Australia. Embedded thunderstorms within the cloud band may result in heavy rainfall this afternoon and evening.
Severe thunderstorms are likely to produce heavy rainfall that may lead to flash flooding in the warning area over the next several hours. Locations which may be affected include Whyalla, Port Augusta, Port Pirie, Maitland, Cleve and Kadina. 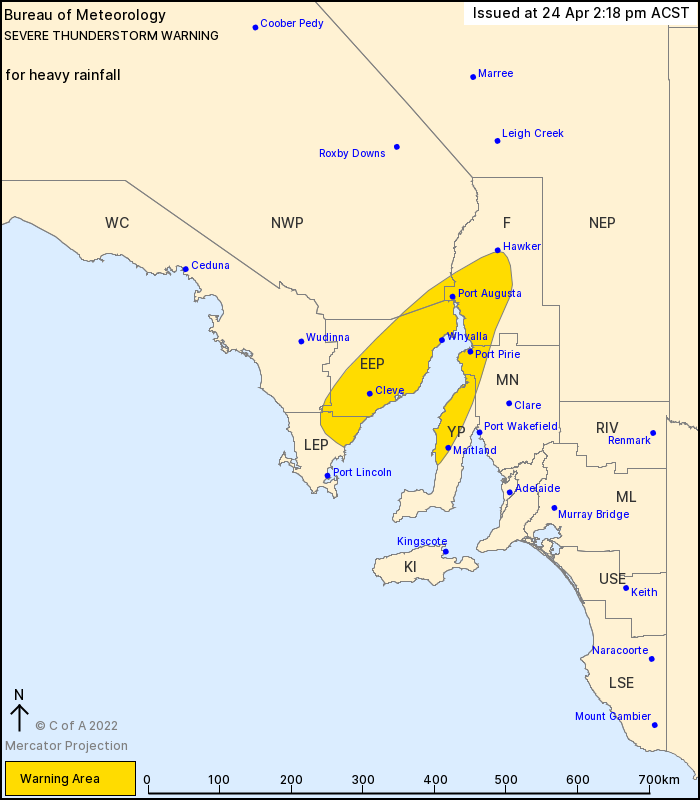