DESTRUCTIVE WINDS POSSIBLE IN THE NORTHWEST PASTORAL NEAR WOOMERA

Weather Situation: A warm and humid airmass over the state, together with an upper trough moving across the Great Australian Bight is leading to the development of severe thunderstorms.

Severe thunderstorms are likely to produce damaging winds, large hailstones and heavy rainfall that may lead to flash flooding over the next several hours in the Lower Eyre Peninsula, Eastern Eyre Peninsula and parts of the West Coast, Yorke Peninsula, Kangaroo Island and North West Pastoral districts. Locally destructive winds are possible near Woomera in the south of the Northwest Pastoral. Locations which may be affected include Port Lincoln, Kingscote, Coober Pedy, Wudinna, Elliston and Cleve.

Severe thunderstorms are no longer occurring in the Riverland and Murraylands districts and the warning for these districts is CANCELLED. 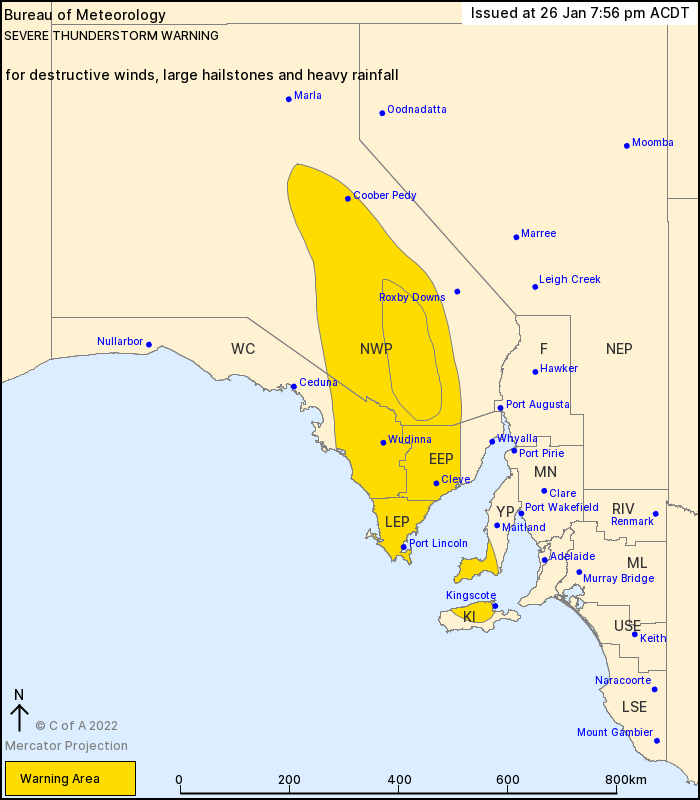