Weather Situation:
A cold front in the south of the Northeast Pastoral and northeast of the Flinders will move further northeastwards this evening..
Another front will move across southern coastal districts early Thursday morning.

Damaging wind gusts mainly from the west to northwest of 90 to 125 km/h are possible with the passage of the front early Thursday morning across southern coastal districts.

Locations which may be affected include Port Lincoln, Mount Gambier, Kingscote, Naracoorte, Leigh Creek and Marree.

Thick raised with visibility down to 200 m has been reported between Peterborough and Yunta.

The State Emergency Service advises that people should:
* Move vehicles under cover or away from trees;
* Secure or put away loose items around your property.
* Keep clear of fallen power lines;
* Stay indoors, away from windows, while conditions are severe. 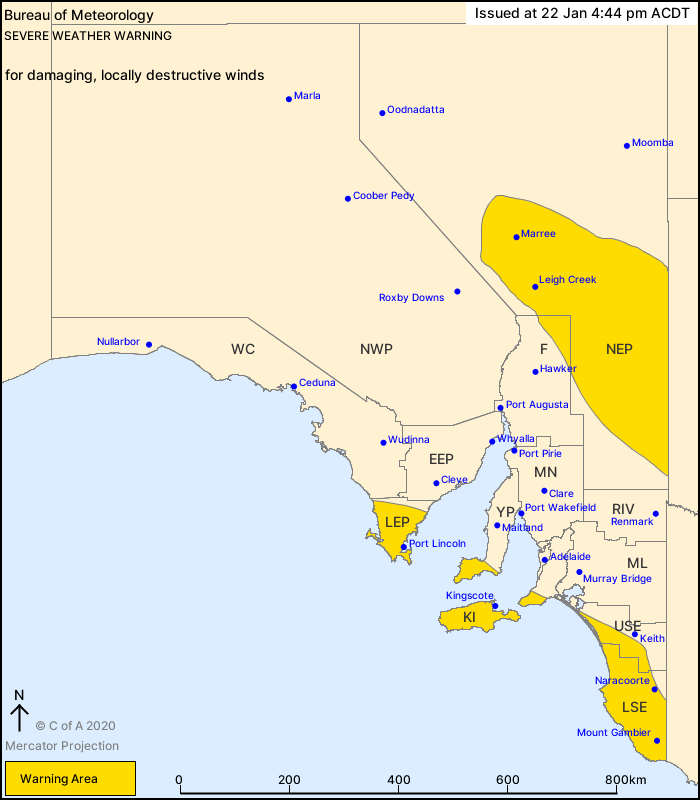