Weather Situation: A vigorous cold front will move across western and central parts of the State during Thursday and eastern parts during Friday.

Damaging northerly winds, averaging 50-70 km/h with gusts of 80-100 km/h, are forecast to develop during Thursday morning across the warning area ahead of the cold front. Winds turning west to southwesterly behind the cold front, possibly reaching 50-70 km/h in the North West Pastoral during the late afternoon or early evening.
Areas of dust, reducing visibility, are possible across the State.
Winds are expected to ease in most parts late afternoon and early evening.

Locations which may be affected include Adelaide, Port Lincoln, Whyalla, Kingscote, Coober Pedy and Roxby Downs. 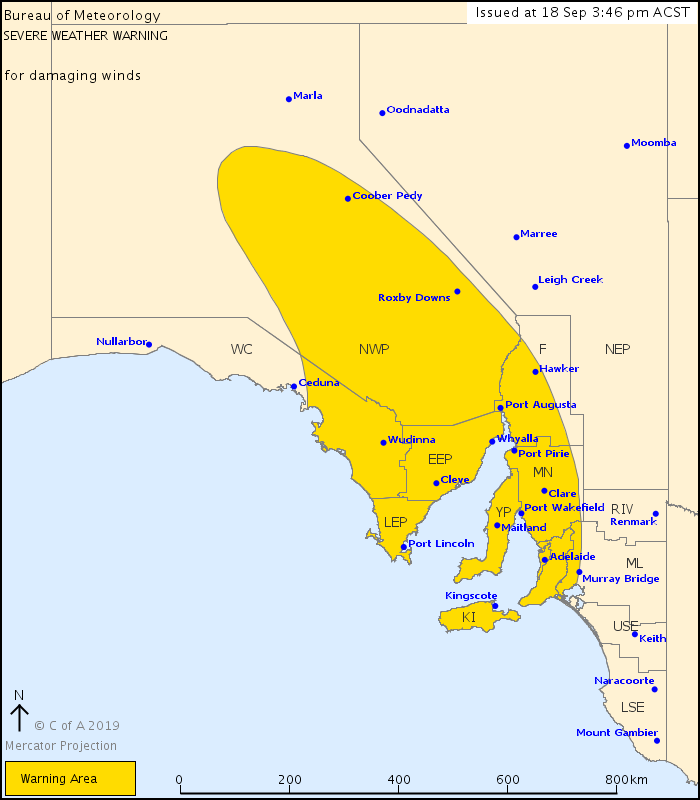