Damaging wind gusts developing with showers and thunderstorms during this afternoon.

Weather Situation: A cold front moving into western SA will strengthen during this afternoon as it moves across the state. The front will continue to track east, reaching Adelaide later this evening. Damaging wind gusts are expected from this afternoon and continuing into Monday as a low pressure system moves over the southeast of the state during Monday.

Strong winds averaging 50 to 60 km/h with DAMAGING WINDS GUSTS in excess of 90 km/h with showers and thunderstorms are likely over the West Coast and southern parts of the North West Pastoral districts from Sunday afternoon.

DAMAGING WIND GUSTS will extend east between around Marree and Murray Bridge during Sunday night before starting to contract from the west during Monday.

Locations which may be affected include Adelaide, Whyalla, Renmark, Ceduna, Roxby Downs and Leigh Creek. 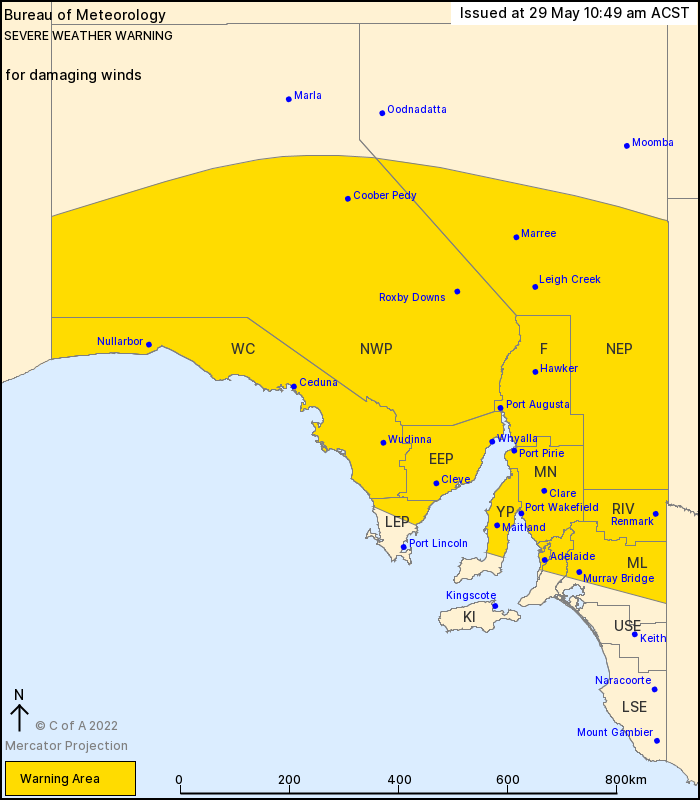