Weather Situation: A deep low pressure system moving to New South Wales this evening is resulting in strong and gusty southwesterly winds over much of eastern South Australia, with damaging winds possible over the Flinders Ranges for the remainder of this evening. Southwesterly flow will strengthen over the south and southeast of South Australia in the early hours of Tuesday morning as a series of troughs move in from the Southern Ocean, bringing a risk of damaging winds until Tuesday evening.

Locations which may be affected include Mount Gambier, Clare, Murray Bridge, Kingscote, Hawker and Jamestown. 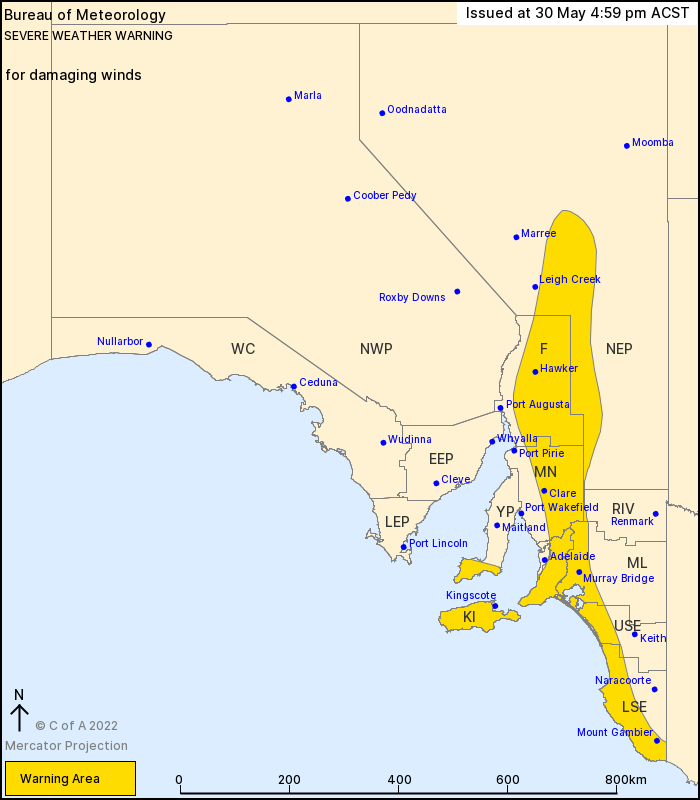