Weather Situation: An upper low pressure system and associated surface trough is developing over the west of the State and is expected to move slowly eastwards over the next few days

HEAVY RAINFALL which may lead to FLASH FLOODING is expected to develop from this afternoon over central western parts of South Australia, extending to remaining parts of Eyre Peninsula and the North East Pastoral district on Friday and towards the Flinders district on Saturday.

Rainfall totals up to midnight Sunday of 60-100 mm are likely, with isolated higher falls in excess of 120 mm possible with thunderstorms.

Thunderstorms are possible across the warning area and will be continually monitored, with Severe Thunderstorm Warnings issued when required.

A Flood watch is also current for this event.

Locations which may be affected include Ceduna, Marla, Coober Pedy, Roxby Downs, Marree and Woomera.
The State Emergency Service advises that people should:
* Don't drive, ride or walk through flood water;
* Keep clear of creeks and storm drains;
* Stay indoors, away from windows, while conditions are severe. 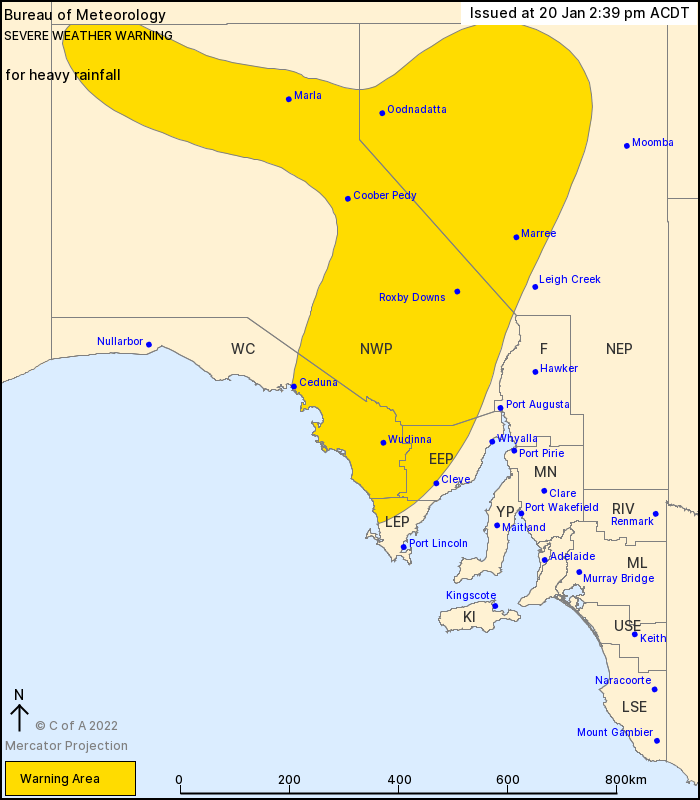