Hot to very hot. Showers developing about the west from later in the afternoon then increasing and extending over most districts during the evening. Possible thunderstorms from late afternoon. Fresh to locally strong and gusty northerly winds. RH down to 10-15% over southern, eastern and central areas before increasing late. Winds increasing to 35-45km/h, gusting to 70 to 80 km/h over parts of the South East, Upper Derwent Valley, southern Midlands and East Coast. Temperatures in the mid to high 30's, and likely to reach 40 degrees about parts of the southeast. Extreme Fire Danger about the Midlands, Severe Fire Danger about southern, eastern and central areas.

For the rest of Friday 31 January:
Extreme Fire Danger is forecast for the following forecast district:
Midlands

The Tasmania Fire Service advises you to:
Action your Bushfire Survival Plan now.
Monitor the fire and weather situation through your local radio station, www.fire.tas.gov.au and www.bom.gov.au.
Call 000 (Triple Zero) in an emergency.
For information on preparing for bushfires go to www.fire.tas.gov.au. 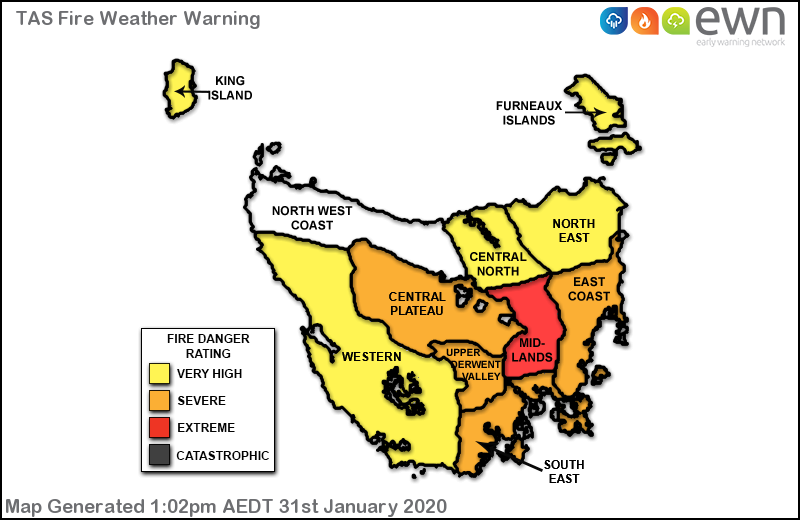