Minor to moderate flooding is possible at some locations in the flood watch area from Thursday afternoon.

A low will bring heavy rainfall to northeast and eastern Tasmania on Thursday.
Locally heavy falls and thunderstorms are possible.

Catchments in the flood watch area range from dry to moderately wet.

River rises are expected during Thursday with the forecast rainfall. Minor to moderate flooding is possible at some locations from Thursday afternoon.

Localised flooding is possible in areas that receive heavy rainfall.

Catchment specific warnings will be issued if and when required. 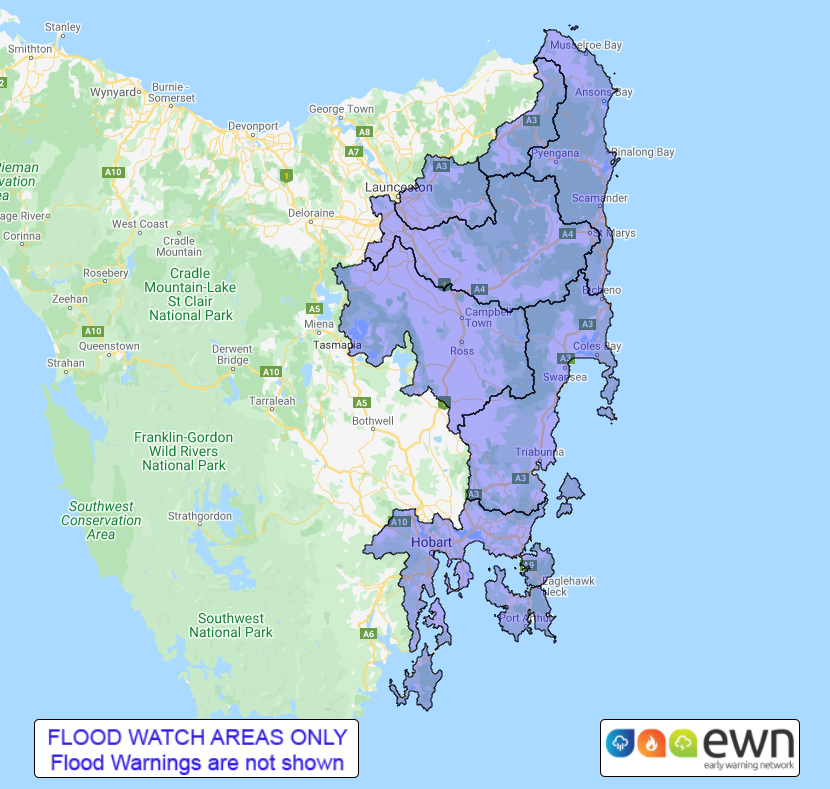