For people in parts of South East, East Coast and Midlands Forecast Districts.

Severe thunderstorms are likely to produce heavy rainfall that may lead to flash flooding in the warning area over the next several hours. Locations which may be affected include Oatlands, Orford and Dodges Ferry.

Severe thunderstorms are no longer occurring in the North East and Central North districts and the warning for these districts is CANCELLED.

The State Emergency Service advises that people should:
* Avoid driving, walking or riding through flood waters.
* Seek shelter, preferably indoors and never under trees.
* Avoid using the telephone during a thunderstorm.
* Beware of fallen trees and powerlines.
* For emergency assistance contact the SES on 132500. 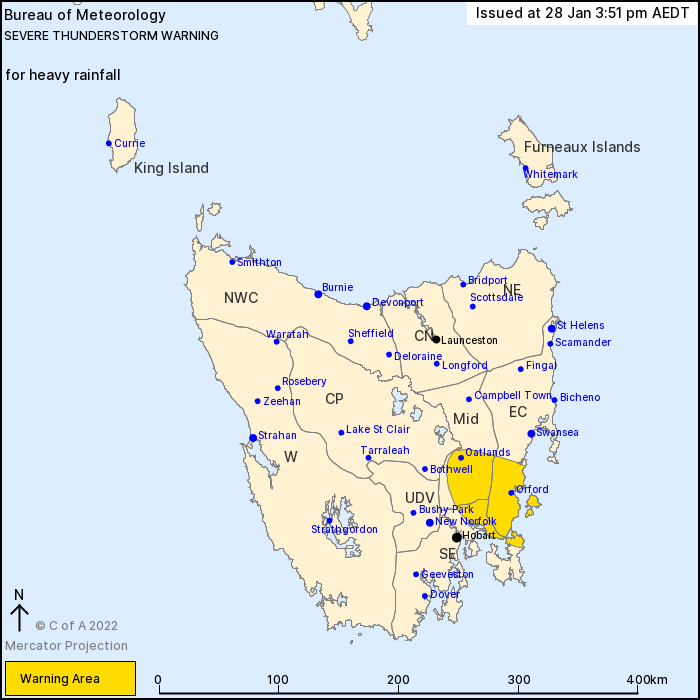