Areas of minor flooding may develop across the Bunyip, Latrobe and South Gippsland river catchments during Wednesday.

Catchments in the flood watch area are wet following recent rainfall and are likely to be responsive to further rain. Stream rises were observed in these catchments, as a result of the storms at the weekend.

Rainfall totals of 10-30 mm are forecast during Tuesday, with isolated higher totals up to 50 mm possible with storms.

With forecast rainfall and storms, river rises are expected and minor flooding may develop across the flood watch area during Wednesday.

Catchments likely to be affected include:
Latrobe River 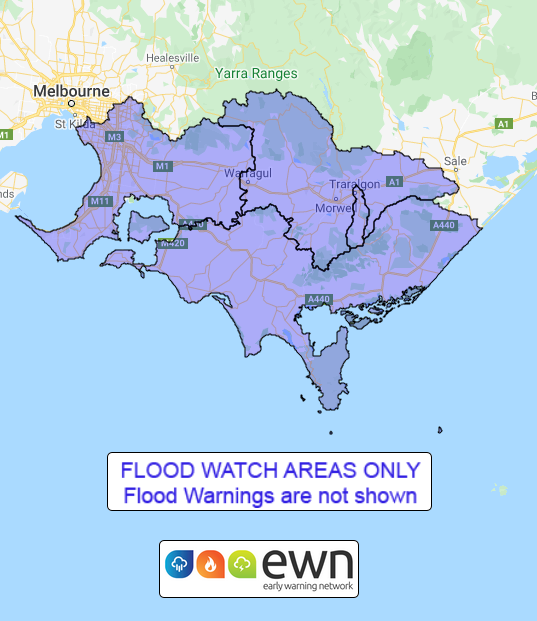