Heavy rain is forecast for far eastern Victoria from early Monday, easing later in the day.

Catchments in the flood watch area are generally dry, however large parts have been significantly affected by recent fires. This may result in faster and stronger river responses to rainfall.

Showers, tending to rain, are forecast for the flood watch area on Sunday, particularly during the afternoon and evening. Totals of around 5 to 15 mm are expected. Heavier rain is expected during Monday, with widespread totals of 25 to 60 mm forecast from the early hours of the morning through to mid-afternoon. Localised totals in excess of 100 mm are possible, most likely in the parts of the catchments close to and across the border into New South Wales.

With the forecast rainfall, river rises are likely across the Cann, Genoa and Snowy River catchments and minor flooding may develop from Monday early afternoon. Heavy rainfall will increase the potential for localised flooding, landslides and debris across roads in fire affected areas. Rainfall runoff into waterways may contain debris such as ash, soil, trees and rocks.

Catchments likely to be affected include:
Bemm, Cann and Genoa Rivers
(widespread fire affected areas in the catchments) 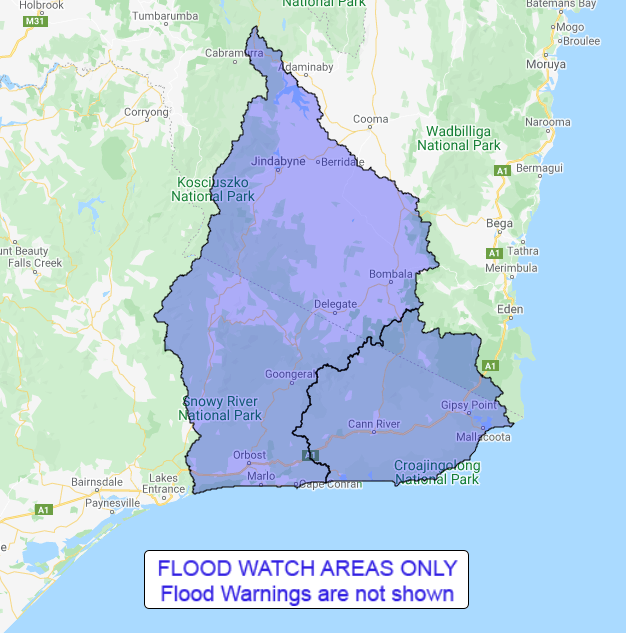