For people in parts of East Gippsland and North East Forecast Districts.

Severe thunderstorms are likely to produce damaging winds and heavy rainfall that may lead to flash flooding in the warning area over the next several hours. Locations which may be affected include Corryong, Gelantipy and Bonang.

The State Emergency Service advises that people should:
* Move vehicles under cover or away from trees.
* Secure or put away loose items around your house, yard and balcony.
* Keep clear of fallen power lines.
* Keep clear of creeks and storm drains.
* Don't drive, ride or walk through flood water.
* Be aware that in fire affected areas, rainfall run-off into waterways may contain debris such as ash, soil, trees and rocks.
* Be alert that in areas recently affected by fires, heavy rainfall increases the potential for landslides and debris across roads.
* Stay indoors if possible.
* Avoid using the phone during the storm.
* If you are outside, avoid sheltering under trees
* Listen to the radio for storm updates
* Switch off your computer and electrical appliances 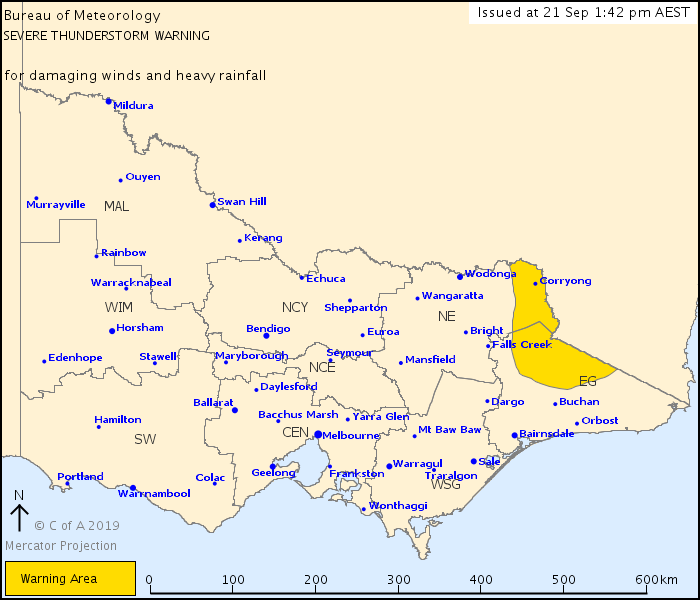