For people in Northern Country and parts of North Central and North East Forecast Districts.

A very dangerous storm with destructive winds is currently located near Seymour.

Weather Situation: Thunderstorms in the North Country and North Central moving quickly to the east, south-east. Further thunderstorms expected to develop into the north-east in the coming hours.

Severe thunderstorms are likely to produce damaging, locally destructive winds and heavy rainfall that may lead to flash flooding in the warning area over the next several hours. Locations which may be affected include Echuca, Shepparton, Euroa, Yarrawonga, Seymour, Wangaratta, Bright, Mansfield and Mt Buller.

A particularly dangerous thunderstorm with locally destructive winds is moving through the Seymour area and could possibly affect Yea and Alexandra.

128km/h has been observed at Mangalore 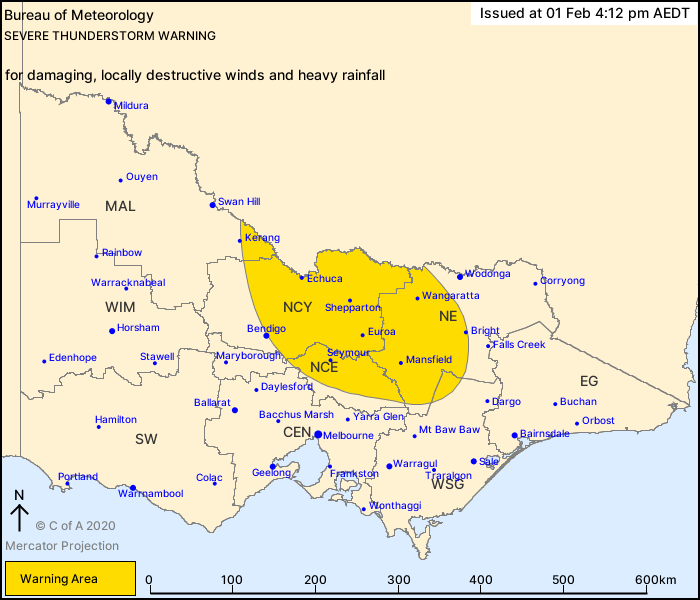