A very humid and unstable airstream across the State with a slow moving low pressure trough in the west.

Severe thunderstorms are likely to produce heavy rainfall that may lead to flash flooding in the warning area over the next several hours. Locations which may be affected include Yarrawonga, Wodonga, Wangaratta, Corryong, Bright and Falls Creek.

Severe thunderstorms are no longer occurring in the Central, South West, North Central, West and South Gippsland and Wimmera districts and the warning for these districts is CANCELLED.

The highest rainfall measured today is

The highest gust today is 104 km/h from Longerenong 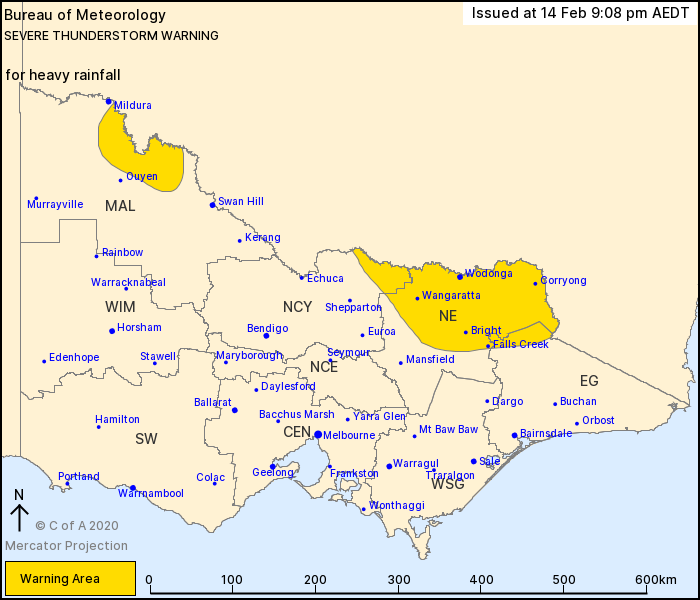