For people in South West, Wimmera and parts of Central and Mallee Forecast Districts.

Weather Situation: A very moist and unstable airmass is in place across Victoria, ahead of a trough moving eastwards into the state. Winds in the upper atmosphere will strengthen during the day, further assisting in the development of severe thunderstorms.

Severe thunderstorms are likely to produce damaging, locally destructive winds, large hailstones and heavy rainfall that may lead to flash flooding over the next several hours in the South West, Wimmera and parts of the Central and Mallee districts. Locations which may be affected include Horsham, Stawell, Warracknabeal, Hamilton, Warrnambool and Ararat.

Severe thunderstorms are likely to produce damaging winds and heavy rainfall that may lead to flash flooding over the next several hours in parts of the Mallee district.

A 93km/h gust was observed at Edenhope at 3:59pm, followed by 25.6mm of rainfall being recorded in the following 30 minutes. 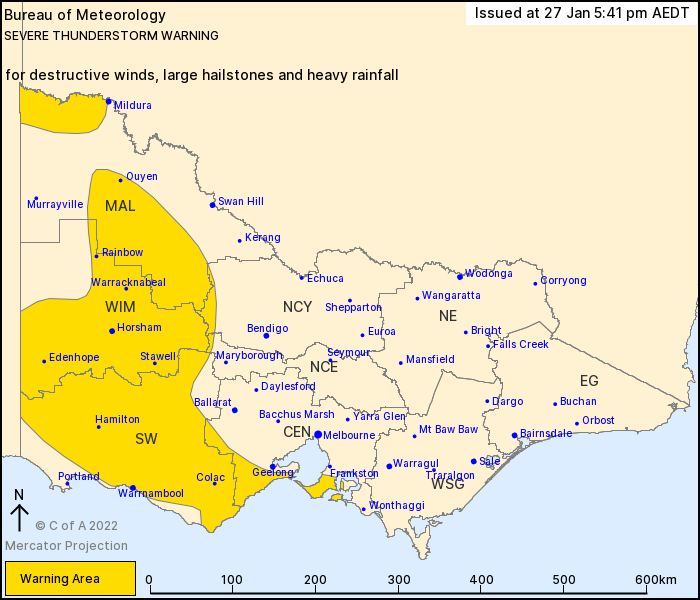