A warm and very humid airmass extends across much of Victoria today with rain and thunderstorms with locally heavy falls. A cool change currently in the far southwest will slowly move across the state today easing conditions.

INTENSE RAINFALL in association with rain and thunderstorms which may lead to dangerous and life-threatening flash flooding may develop over the warning area during today. General rainfall totals of between 20mm and 50mm are expected with isolated falls up to 100mm possible. 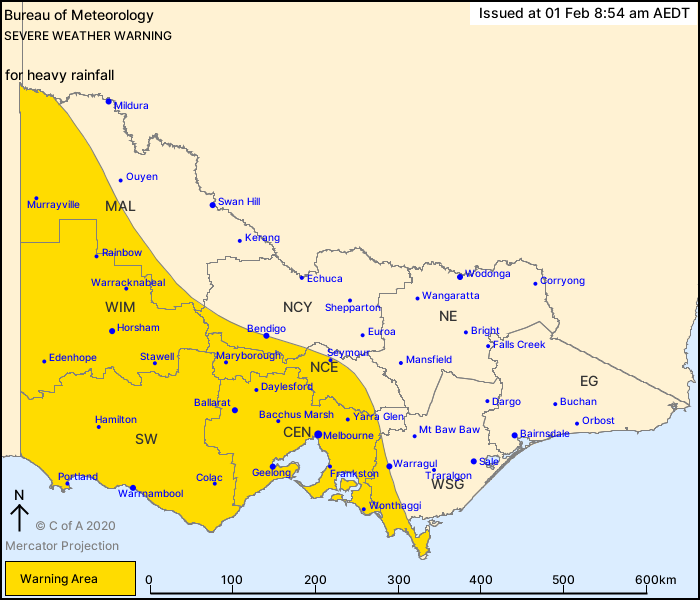