For people in parts of East Gippsland Forecast District.

Weather Situation: Heavy rain is expected to extend from eastern NSW into far eastern Victoria early on Monday, easing later in the day.

Widespread rainfall totals of 25 to 60mm are expected to fall between early Monday morning and mid Monday afternoon in the warning area. Localised heavier falls exceeding 100mm are possible, most likely in the high country close to the NSW border.

Locations which may be affected include Mallacoota, Cann River, Chandlers Creek and Combienbar. 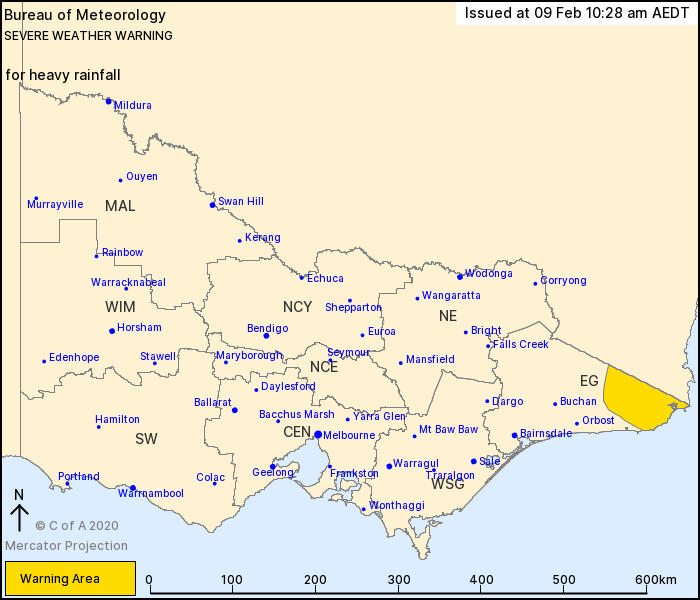