A low pressure trough over central Victoria will deepen during today as humid conditions extend from NSW into central and eastern Victoria.
HEAVY RAINFALL which may lead to FLASH FLOODING is expected to develop over northeastern Victoria late this afternoon and then continue through to Thursday afternoon. The heaviest period is likely to be in the early hours of Thursday morning.
Two day totals between 60 and 120mm are likely throughout the warning area, with locally heavier falls possible.

Isolated thunderstorms are also possible in the area late today and overnight, which may result in localised heavier falls for brief periods.

Locations which may be affected include Wodonga, Wangaratta, Corryong, Bright, Shepparton and Falls Creek. 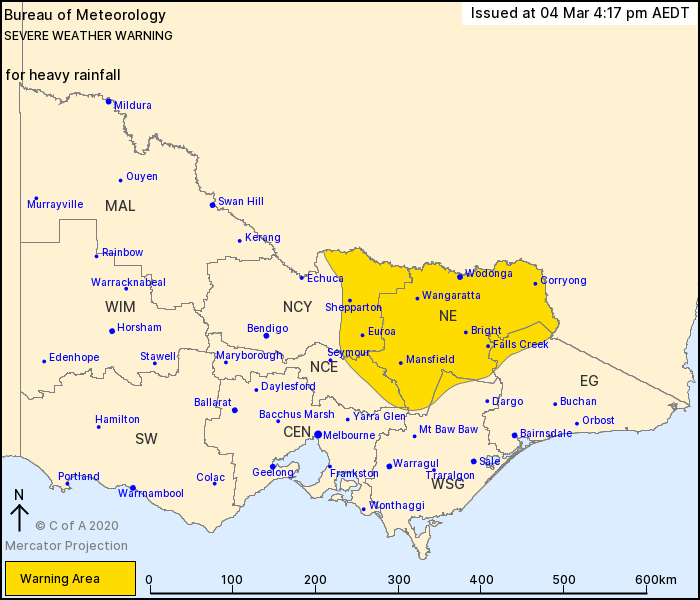