Very hot and dry conditions over northern and western parts of the State on Saturday. Fresh and gusty northeasterly winds are expected over western parts of the State (including Perth), with a fresh west to northwesterly change developing during the afternoon. Moderate to fresh easterly winds are expected in the north, with a fresh afternoon sea breeze near the Pilbara coast.
For Saturday 9 November:

Action your Bushfire Survival Plan now.
Monitor the fire and weather situation through your local radio station, www.dfes.wa.gov.au and www.bom.gov.au.
Call 000 (Triple Zero) in an emergency. 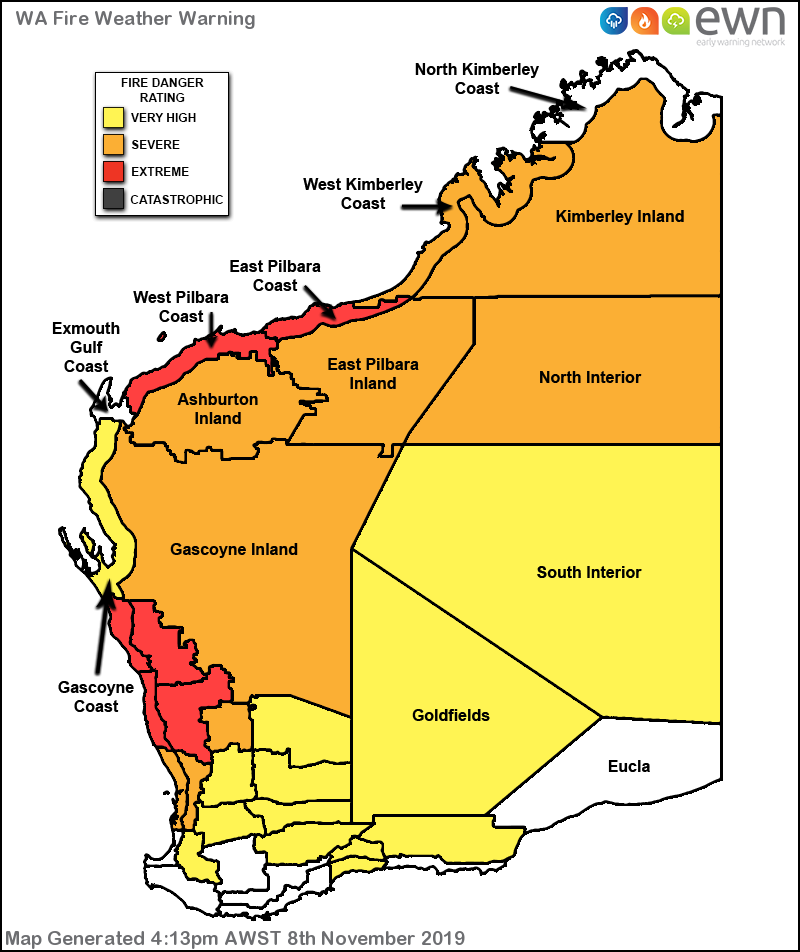