Weather Situation
Very hot and dry conditions through the Gascoyne and Interior with fresh and gusty east to southeasterly winds expected during the day. Fresh north to northwesterly winds through central part of the South West Land Division. Fresh afternoon seabreezes about the Gascoyne coast parts and the Central West.

For the rest of Thursday 26 December:
Catastrophic Fire Danger is forecast for the following fire weather district:
South Interior

Action your Bushfire Survival Plan now.
Monitor the fire and weather situation through your local radio station, www.dfes.wa.gov.au and www.bom.gov.au.
Call 000 (Triple Zero) in an emergency.
For information on preparing for bushfires go to www.dfes.wa.gov.au. 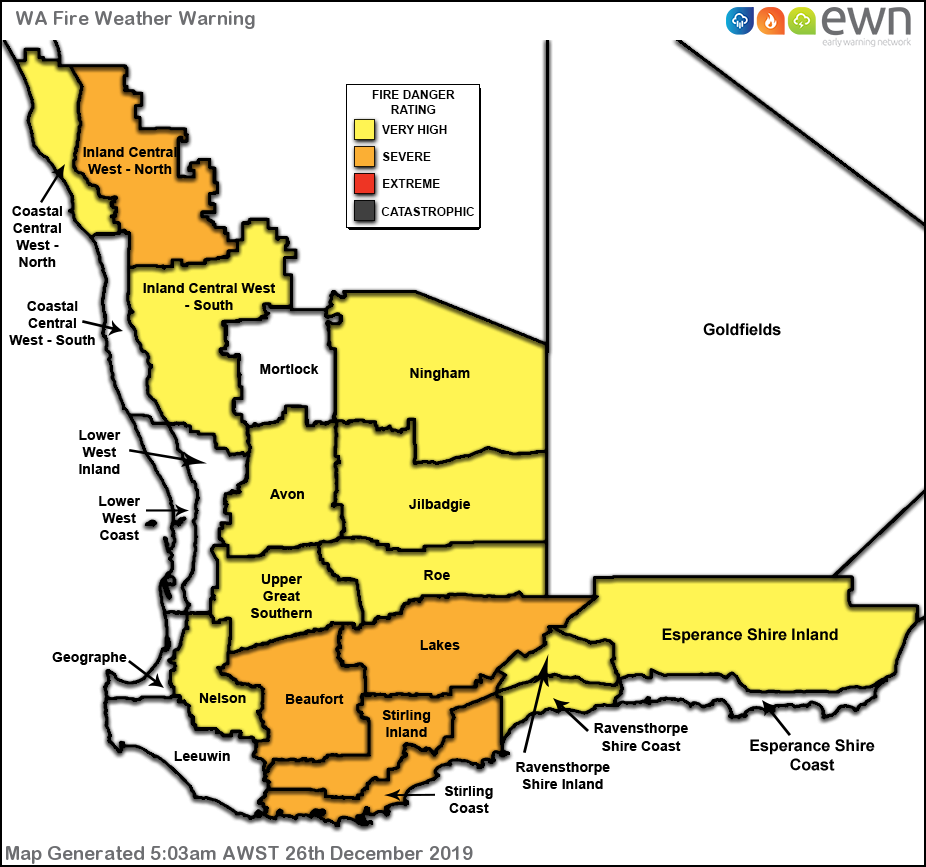