Weather Situation
A deep trough will extend from the western Gascoyne through inland western parts of the South West Land Division to the south coast. Very hot and dry conditions will combine with fresh to strong and gusty northeast to northwest winds to the east of the trough over the Central Wheat Belt, Great Southern, southern Gascoyne, Stirling Inland, Stirling Coastal, Ravensthorpe Shire, Esperance Shire, Goldfields and inland parts of the Central West district. The trough will gradually contract eastwards ahead of a cooler and gusty west to southwest change during the afternoon and evening.

The Department of Fire and Emergency Services advises you to:
- Action your Bushfire Survival Plan now.
- Monitor the fire and weather situation through your local radio station,
www.emergency.wa.gov.au and www.bom.gov.au.
- Call 000 (Triple Zero) in an emergency.
For information on preparing for bushfires go to www.dfes.wa.gov.au. 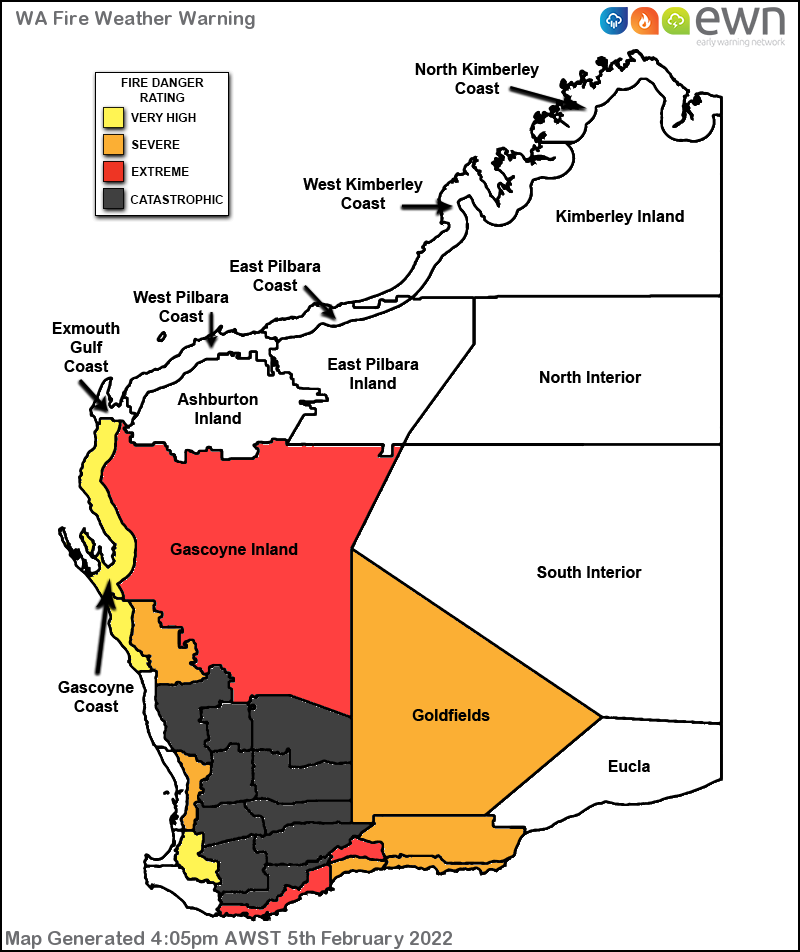