In the 24 hours to 9:00 am Friday rainfall totals between 30 - 110 mm were recorded in the flood watch catchments.

Flooding in low lying areas and river rises are expected. Many roads, and possibly main highways, may be affected. Some communities and homesteads may become isolated. Check road conditions before travelling. 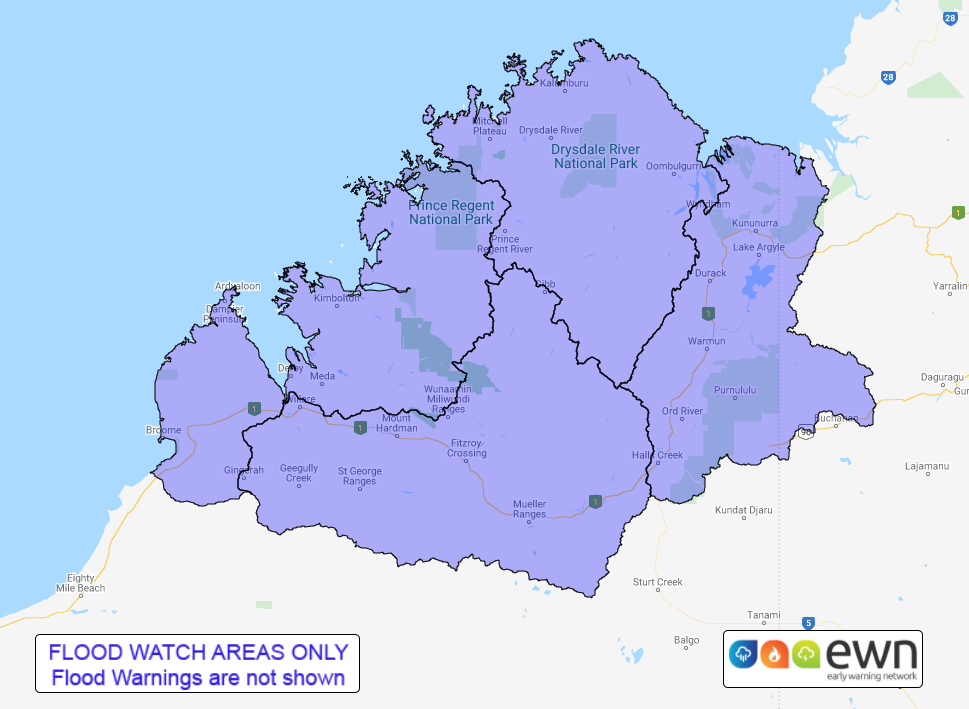