FLOODING MAY DEVELOP DOWNSTREAM OF THE FITZROY RIVER, DE GREY RIVER AND THE SANDY DESERT.

In the 48 hours to 9:00 am Tuesday rainfall totals of 100 - 350 mm were recorded in many parts of North and West Kimberley coastal areas.

Daily rainfall totals of 50 -100 mm are possible during Tuesday and Wednesday in the lower Fitzroy River. As the system moves to the south west and crosses the coast the rainfall focus will move to the Sandy Desert and possibly the upper parts of the De Grey River. During Wednesday and Thursday widespread daily rainfall totals of 50 - 100 mm are expected in these areas with isolated totals to 200 mm also possible.

Heavy rainfall will result in significant river rises, and areas of flooding which will adversely affect road conditions. Some roads such as the Cape Leveque Rd may become impassable and communities may be isolated. There is a risk of interruption of the Great Northern Highway depending on rainfall amounts and ex-Tropical Cyclone Anika's movement.

Flooding may develop in the lower part of the Fitzroy River catchment on Monday or Tuesday. Flood risk is low upstream of Noonkanbah. 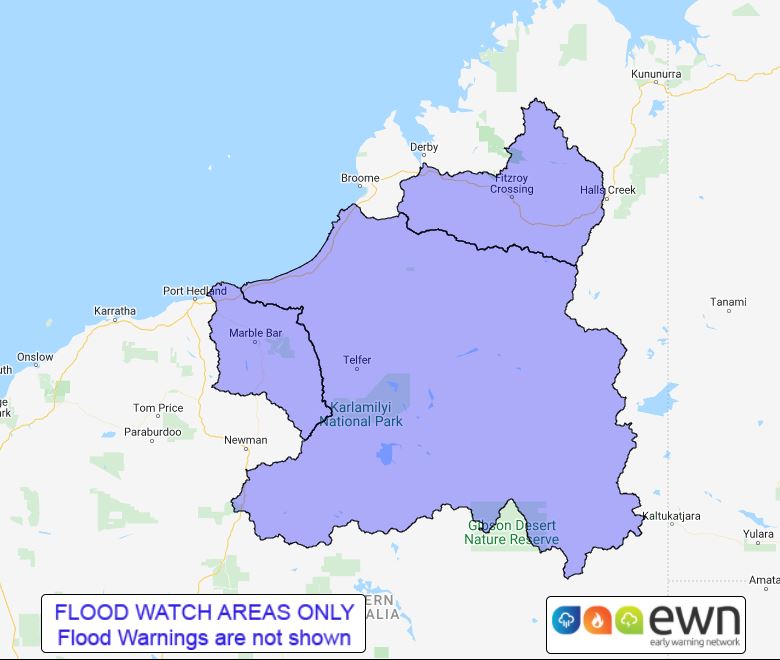