FLOODING MAY DEVELOP ALONG THE PILBARA COAST RIVERS FROM MONDAY

Heavy rainfall is expected in parts of the Pilbara during Sunday into Monday as a cloud band and surface trough move east during the day.

Heavy rainfall is expected in coastal parts and gradually extending inland over western parts of the Pilbara and northeastwards along the Pilbara coast during the day.

Moderate to heavy rainfall will continue during Tuesday, with further totals of 20 to 80mm, and isolated totals of 100mm are possible.

A severe weather warning is current for heavy rainfall for parts of the Pilbara http://www.bom.gov.au/wa/warnings/index.shtml?ref=hdr

Flooding of low lying areas and river level rises are expected. Many roads, and possibly primary and secondary highways, are likely to be affected. Some communities may become isolated and some roads may become impassable with localised flooding from isolated heavy rainfall. Check road conditions before travelling.

Catchments likely to be affected include:
De Grey River 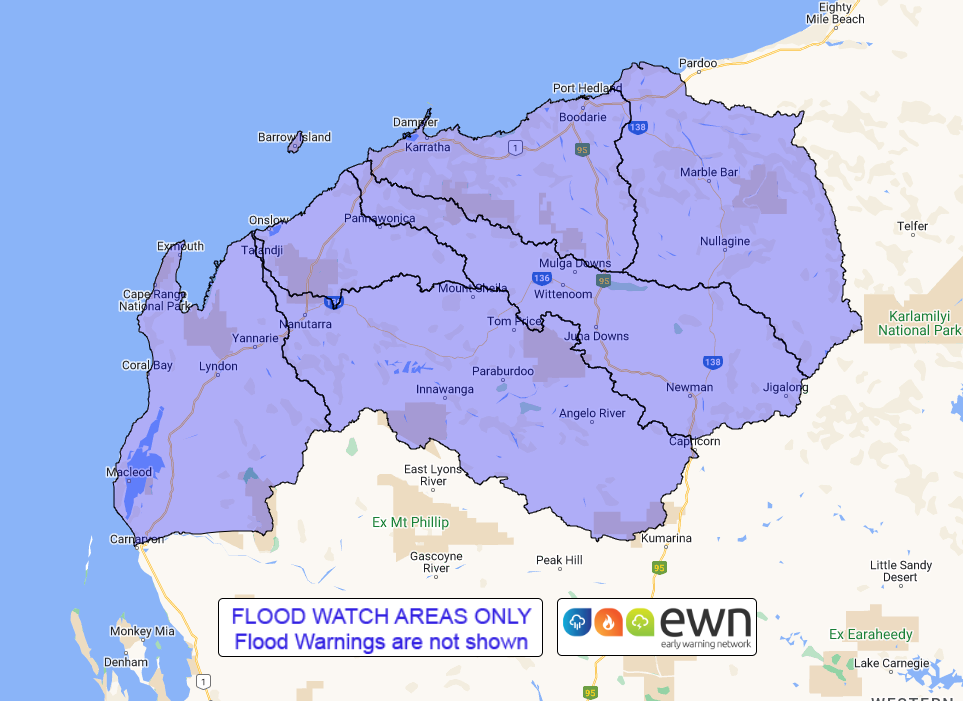